“A beautiful run rich with history, geology, and wildlife! ”

The Old Stone Fort State Archaeological Park Nature Trail is a beautiful and relatively easy run for ages of all kinds! Whether you're a history enthusiast, geology enthusiast, bird watcher, trail runner, or all around outdoor enthusiast, you'll find something fascinating about the Nature Trail and the variety of ways in which you can run it!

A playground, campground, and picnic area borders the state park.

The trail begins shortly past the Old Stone Fort visitors center on a dirt path rich with the roots of giant oak trees. After coming to the first of many forks in the trail, taking the right choice (no pun intended) will lead down gradient to the banks of the Duck River. Along the Duck River, the trail consists of root systems from surrounding oak trees and fragments/outcrops of the limestone and shale bedrock.

Continuing in a southwestern direction, the trails will pass through the block remains of what was once a paper mill; a main distributor of paper to Atlanta, GA & Nashville, TN in the late 1800s to early 1900s (look up if you're a history enthusiast). The paper mill is positioned in the vicinity of Big Falls which is a sight to see. While not the most spectacular waterfall the state of Tennessee has to offer, the geology enthusiasts will be pleased with the stair-step illusion from the weathered limestone of which the water falls upon. Big Falls is approximately fifteen to twenty feet tall, but the pool of water below (unknown depth) is the site of a lot of swimming during the summer months (not sure if the park is okay with this; please check and if so, please swim at your own risk).

Following Big Falls, the trails will continue in a south-southwestern direction along a dirt path, scattered with occasional benches for resting (if needed). At about 0.50 miles, the trails will begin on a downhill slope towards the Fork of the Rivers Trail (Little Duck River merges with "Big" Duck River).

Another fork in the path will force runners to choose left or right; taking a right will lead runners along a moderately narrow trail with uneven terrain right on the edge of Little Duck River (red trail). Taking a left (green trail) will lead runners along a more even terrain path through the forest where the runner will be provided with another fork in the path. Taking a left will remove approximately 1.40 miles of the above referenced route (green trail); taking a right will take the runner on a reverse path than what is depicted above (red trail).

Continuing along, the trail will begin its ascent up what is know as the Backbone Trail. For approximately 0.25-30 miles, the trail will ascend quickly up roughly 100-150 feet to the ridge of the limestone bluffs. Once on top of the ridge, the views of the Little Duck River and the surrounding area are spectacular, especially during fall color change. At almost 1100 feet, this is one of the highest peaks during the run. After coming down the Backbone Trail, runners will want to take a right at both forks in the trail soon thereafter. Taking a left will lead runners back to the Forks of the River Trail... if doing the trail over again is warranted, then go left!

After taking two rights along the trail, runners will find themselves on the Moat Trail (I believe a former river bed of the Duck River). For less than a quarter of a mile, runners will pass through a wooded forest (I always see Pileated Woodpeckers here!). Following this trail around the upcoming bend will take runners along Little Duck River to Step Falls. Here, runners will observe a small waterfall and a nice resting area.

Afterwards, the trails will meet up with the Enclosure Trail and lead runners back to the Old Stone Fort Visitors Center.

Old Stone Fort State Archaeological Park is the grounds of an ancient Native American (Middle Woodlands Period) ceremonial gathering mound. Many experts believe this site was not a sacrificial or religious place; it is believed to be a place where astronomical events took place. 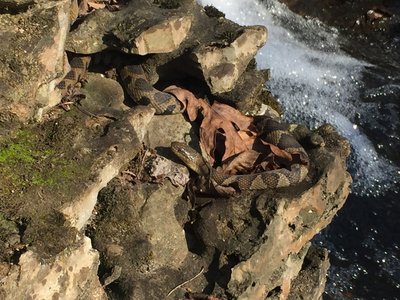 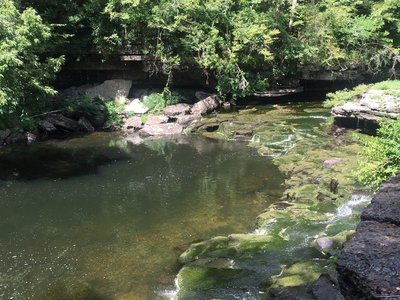 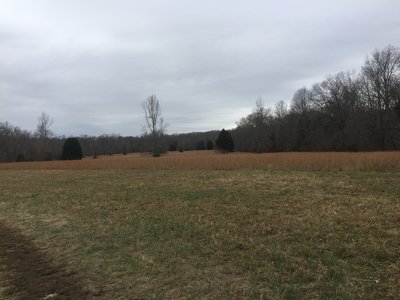 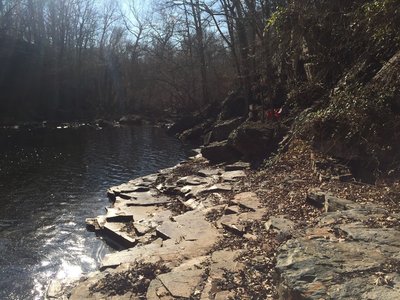 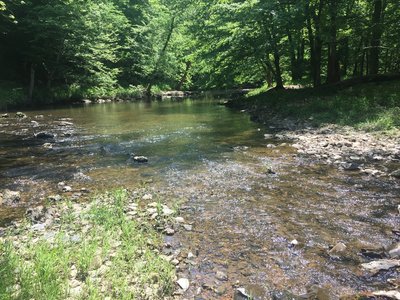 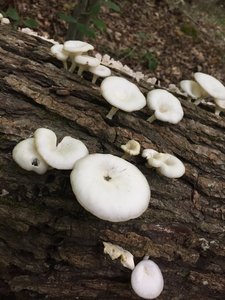