NO camping, dogs, bicycles, fires, or livestock in the restricted area between the South Fork Toutle River and Windy Pass. This 10 mile section is to be completed in one day.

This amazing trail system, the Loowit Trail #216 stretches 31.6 miles around Mt. St. Helens in the Gifford Pinchot National Forest. The trail encompasses aspects of old growth forest, boulder fields, glacial stream crossings, and the difficult northern blast zone portion. Many viewpoints and wildflowers can be seen during the July-August summer season and is recommended only for those capable of self supporting themselves on very difficult runs with 8+ mile stretches of no water.

The South Fork of the Toutle River can be hard to cross depending on the time of day (earlier morning is better) and the season (later summer is better). It's best to find some larger rocks to hop across in order to get across the river safely. Ropes are affixed to three parts of the Loowit Trail (one before Toutle River and two in the Toutle River Drainage) in the first 9 miles.

Recommend running early (6 a.m. or earlier) to get through the blast zone (north zone) before the hottest parts of the day.

This run is best completed during the middle summer months (6 a.m. or earlier start time) when snow is minimal and streams still contain enough water to filter. There are many ways to start this run, but starting from Ptarmigan Trail (Climbers Bivouac) is the route described here.

There are three sections that use a rope to help hikers and runners descend and ascend into drainages as the terrain is very loose sand with intermixed boulders. One rope section exists before reaching the South Fork Toutle River, and two more exist getting into the Toutle River Canyon and out of the canyon to continue on the Loowit Trail. This is the last consistent source of water that can be filtered for nearly 9 miles as the next portion of the trail rises out of the Toutle drainage and into the north zone (blast zone). It is important to collect and filter all your water here as there may not be any other water sources until nearly reaching the Plains of Abraham intersection where some small streams exist and a spring that had a lot of water (August 4th).

This north section is arguably the hardest part of the trail and during the summer months getting through this portion earlier is worth it as it's extremely exposed with very few trees. Loowit Falls can be seen from this north zone offering stunning views of Mt. St. Helens and the Mt. Margaret backcounty just north the other direction. At around 18 miles you go over a steeper saddle and enter into the Plains of Abraham, which is flat for a few miles, but then drops into additional drainages that are quite sandy with sketchy footing.

The trail the drops nearly 1,000 feet from 19 miles to 26 miles, with a few ups and downs in more exposed sandy and rocky conditions. At 23-25 miles there is a very technical boulder scree section that is rather tough to run and caution should be taken while traversing down. From 26 miles to 30 miles, the trail climbs upward nearly 1,200 feet through a mix of boulder sections and forested meadows before meeting back up with the Ptarmigan Trail to complete the loop. Then it's a 1.6 mile downhill back to the parking lot to the Climbers Bivouac.

Lots of wildflowers on the trail in the blast zone and huckleberries are consistently very ripe by early-late August (2018). 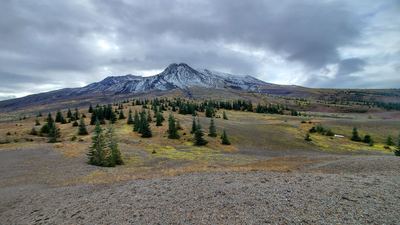 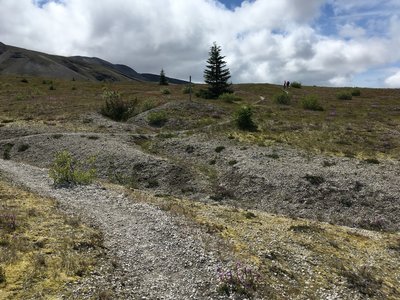 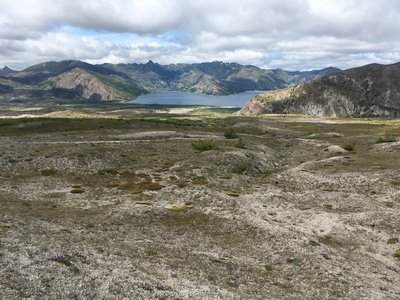 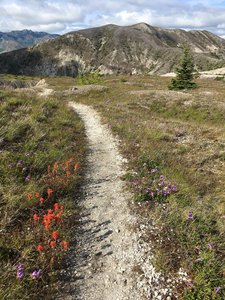 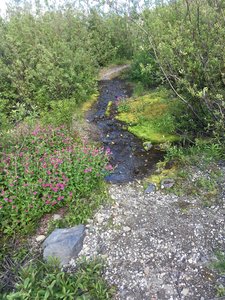 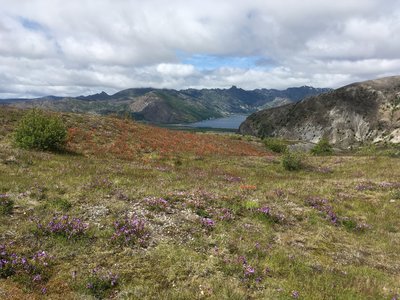