All Clear 7 days ago See History

“The Worm Flows Climbing Route is the most direct winter route to the summit of Mount St. Helens.”

A Climbing Permit is required per person, per day that you'll be traveling above 4800 ft on the slopes of Mount St. Helens. This trail is for winter use only when snow covered.

The Worm Flows Climbing Route is the main route to the summit of Mount St. Helens during the winter and early spring. Along the way, you won't find a shortage of steep grades to tackle, but the views from the top and sense of accomplishment you'll glean are worth the effort.

While 40 percent of this route is in the trees, roughly 60 percent is in wide open terrain. As such, be sure to bring plenty of sunscreen and protective eyewear to block the reflection of the sun's harmful rays off the snowpack.

This would be an impossible and incredibly unsafe trail run.

Starting at the Marble Mountain Sno-Park parking lot, follow the Swift Ski Trail #244 north through dense forest to pass several junctions with other ski trails. Along the way, be sure to stay off the cross-country ski tracks as you make your way up moderate grades to reach the trail's end at a junction with the Loowit Trail. From here, follow the signs for the Worm Flows Climbing Route.

Once you are above treeline, the trail will follow some wooden posts along one of the lava flows. Eventually, the trail goes onto the rocks, where sometimes you'll see a very marked trail, but not always.

Depending on snowfall, the posts could very well be covered, so be sure to bring a GPS or the Trail Run Project mobile app to help keep you on course and off the hazardous glaciers.

Upon reaching the caldera rim, head west to reach the highest point on the volcano and a suite of fantastic panoramic views.

Mount St. Helens erupted in a violent plume of ash and volcanic mudslides on May 18, 1980. Since that time, mother nature has done much to restore the vibrant ecosystems once present on the mountain, however evidence of the destructive power of this volcano can still be viewed today. 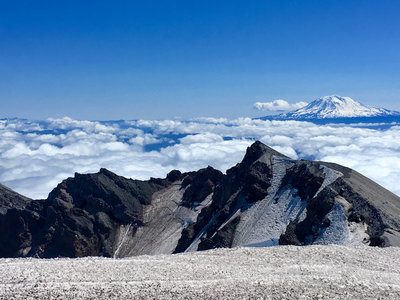 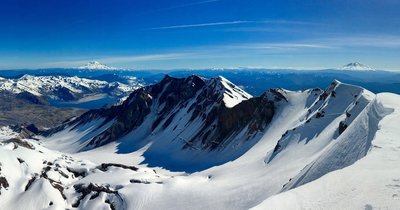 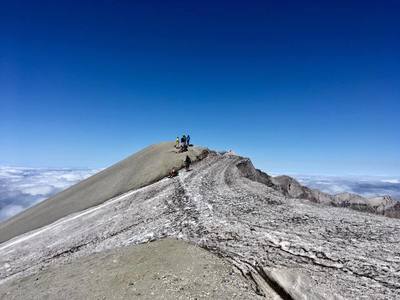 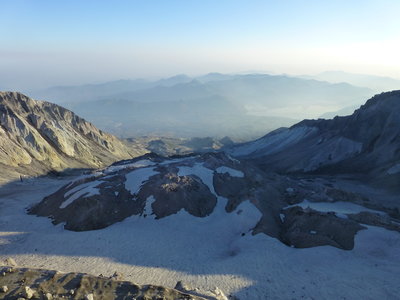 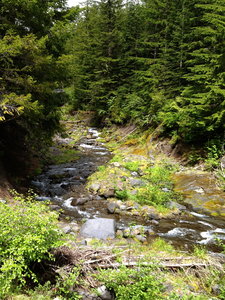 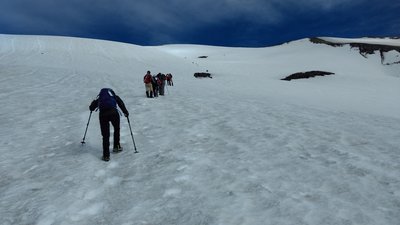