4.6 (5)
Plan with onX Backcountry
Previous Next

“Experience hills, canyons, vistas, cacti, and millions of rocks in this loop of the Lost Dog trails. ” 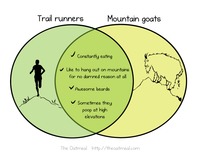 The Lost Dog trails are some of the most scenic and technically challenging of the southwest desert. Roughly fourteen square miles in size and part of the Franklin Mountains State Park, the area is crisscrossed with a large number of trails. Twenty-six of those trails, along with seven segments, are brought together in this fourteen mile loop that highlights the best that Lost Dog has to offer: scenic views of three states and two countries, plant life which can only be found in the Chihuahuan Desert, challenging climbs, quick descents, and of course, rocks.

Parking is available in a lot near the trailhead, near the intersection of Redd and Helen of Troy.

Trails around the Franklin Mountains are notorious for being rocky and technical. Smooth sections are rare; runners will frequently need to navigate large rocks. It all adds to the challenge, but it requires a heads-down approach to running look up to enjoy the scenery for long and you'll trip. The rugged terrain, combined with low-lying cacti, mean that trail shoes with rock plates are a must.

There is very little shade on the Lost Dog trails. Come prepared with more water than you think you'll need.

Finally... Do. Not. Touch. The. Cacti. Other than the spines, many types of cactus are covered in glochids, tiny barbed hairs which can become embedded by the hundreds, causing skin irritation. They're best removed by duct tape or spreading white glue over the area and removing it when dry, but whatever you do, don't use your mouth. Larger spines, on the other hand, pull straight out. And make wonderful souvenirs.

El Paso is hot in the summer and cold in the winter. The scenery is best in the late spring and summer when rain causes desert plants to bloom. Mornings are generally the best time to run as it avoids the heat or wind, depending on the time of year. Be sure to bring water, especially during the warmer months.

The Lost Dog area is maintained almost entirely by volunteers, so some sections may suffer from erosion after storms. The trails are popular among mountain bikers. Keep in mind that it may be safest to step off narrow sections of trail to allow them to pass, regardless of right of way.

A few areas provide opportunities to cut the route short, but runners willing to meet the challenges of this desert mountain trail will find it rewarding and fun. Keeping track of the many different trail changes can be difficult, so download the GPX track or use the Trail Run Project mobile app to stay on course.

From the trailhead, head towards the water tank and up the trail, wrapping around a rock wall. The initial mile and a half of the route, all along Lechugilla Trail, act as a good introduction to the rugged and sometimes rocky trails found around the Franklin Mountains. Continue on a steady climb towards the center of the Lost Dog area.

The first turn is at the intersection with Mayberry, with a quick exit to the right onto Dead Valentine's North only a few hundred feet after. This is one of the more technical segments of the route. The trail winds downhill, crossing over to Dead Valentine's South and dropping into Del Sol Valley. Watch for two washout areas here. After a quick climb up and back down a hill, the trail becomes interesting at Desert Forest, passing through hundreds of towering ocotillos.

At the top, the path continues a winding climb on Mayberry to the top of La Espina hill. This is the first of four sweeping hilltop views, looking out into Texas, Mexico, and New Mexico. A precipitous drop on the west face of the hill circles around to Granola Bowl, which climbs back up to a short cliffside segment before joining Mayberry once again. A turnoff to the east on Tin Mine Hill begins the connection to the southeastern side of Lost Dog at the base of Little Moab hill.

The climb here along the east face is tiring but offers a nice view of the foothills and Transmountain Drive. The trail connects into Baby Head, which, true to its name, is filled with large rocks that require careful navigation. The turnoff to the third hill, Broke Back, isn't far ahead, and is an up-and-down rollercoaster which circles around to a narrow cliffside segment looking over arroyos a hundred feet below. After a brief flat section, Broke Back merges back into Baby Head, where runners will again have to contend with large rocks before meeting the eastern end of Lechugilla Trail.

The next mile and a half is a series of quick trail and connector changes, moving from Lechugilla Trail to Grim Road to 10 Minutes of Hell to Brujos Connector. Grim Road is some of the most treacherous terrain on the loop, littered with scree. The Viewpoint trail doubles back north as Brujos. A short, fun scramble breaks off to the left soon thereafter, rejoining the main path a few hundred feet later. The zig zags end as the trail heads back west on the wide El Refri. From here, it's mostly downhill for the remainder of the journey.

Worm splits off from the trail near the I Love You rock, depicted in a picture here on the site. The hilltop ridge forks right at El Paso del Norte, which the run follows. Be careful to not mistake a washout area for the trail when descending into the arroyo at the end of this segment. Double back east at the bottom onto the western portion of Worm, climbing to Worm Shortcut and the final ridgeline section.

The trail descends down a section of scree and meets Lost Dog Trail, which it follows back to the trailhead.

Outside of the "main" State Park areas at Tom Mays and McKelligon Canyon, much of the Lost Dog trail system has been built by volunteers. Contributions have come from many sources: individuals, the Borderlands Mountain Bike Association, and even a large grant by Jobe Materials which built the trailhead parking lot. One volunteer, Robert Newman, has been constructing and maintaining trails solo since 1999 and was featured for his work in the local paper ( archive.elpasotimes.com/liv…).

At over 24,000 acres, Franklin Mountains State Park is the largest urban park in the nation. Many more trails exist for runners, hikers and bikers to explore in the area, and a number of interesting outings can be found within a few hours drive in Las Cruces, Guadalupe Mountains National Park, and throughout southern New Mexico. 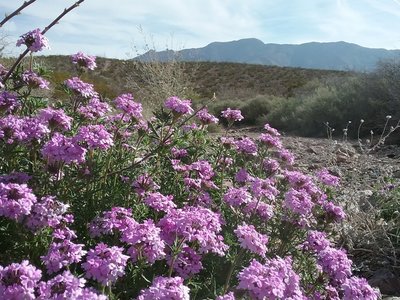 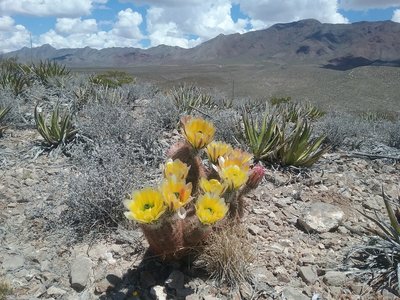 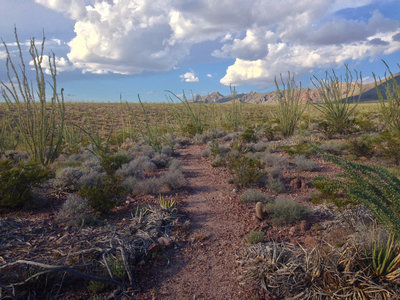 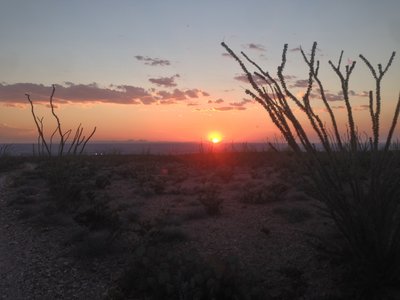 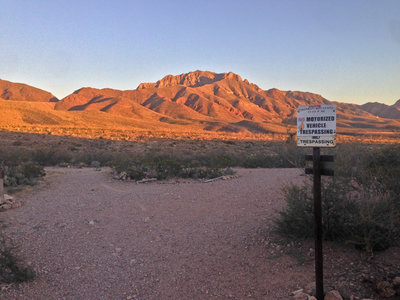