“A shortcut along a hilltop ridge has 360-degree views of the foothills. ”

Trails around the Franklin Mountains are often rocky and technical, so userss unfamiliar with rough terrain should use caution. Trail shoes with rock plates are strongly recommended.

Mountain biking is popular in the Lost Dog area, and while runners have right of way over cyclists, it's often the safer option to step to the side to allow them to pass. Sometimes you'll get thanked, but usually not - but better to be a good user of the trail than to end up in a cactus, tangled in some guy's derailleur.

Three-quarters of a mile after beginning Worm from the north, the main trail descends abruptly on the north side of the ridge, leaving the ridge trail to continue as Worm Shortcut. Much of the surrounding state park and west El Paso can be seen from this trail over the next quarter mile, with views as far as New Mexico and the Juarez Mountains in Mexico.

Shortly before the trail meets up with the end of Worm and Lost Dog Trail to the south, it descends from the ridge. Use care through this section, as the rocks are larger and footing is looser.

The Franklins are filled with desert wildlife and you'll have the chance to see all sorts of plants and animals on trail. Vegetation is best during the rainy months around summer, when the desert blooms and the plants turn green. Jackrabbits, lizards and roadrunners are common, occasionally snakes will be on or near the trail. Watch for rattlers and give them a wild berth. If you get caught out past sundown, you may hear a few coyotes. Their howls are unnerving but they generally leave people alone. 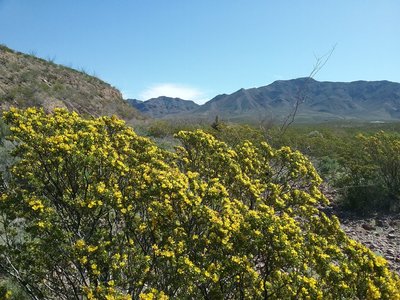 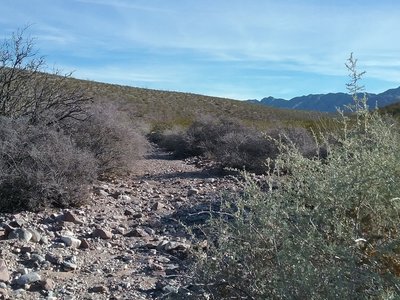