If you're planning on doing this as an overnight, you must perform a self check-in and fill out an overnight permit. For more information on camping, download this PDF.

Bear canisters are currently required in the Maroon Bells-Snowmass Wilderness. More information on current regulations can be found here.

Up and over four incredible 12,000'+ mountain passes around the Maroon Bells Wilderness. People do this as a 4-day backpack... and it's a common 1-day run!

To access the trailhead at Maroon Lake, you must enter the Maroon Bells Scenic Area before 8am or after 5pm to access with a vehicle, which a $10 entrance fee is required. Otherwise, shuttle buses run for all visitors arriving between 8am-5pm. For more info click here.

Proceed South on Maroon Snowmass Trail, climbing gradually over 1.5 miles. Make a right at a signed T-intersection headed for Buckskin Pass (Buckskin Pass Trail). Nowhere to go but up with spectacular views of N. Maroon (14,014') blowing up to your left as you crest treeline.

From the top turn around to savor the early morning sun on Pyramid Peak (14,018'), eye up the trail descending right and take it down toward the densely forested Snowmass Creek drainage. After about 3 miles from the top of Buckskin, take the first left onto Geneva Lake Trail at a t-intersection. In early August 2014, this critical juncture was not signed. Consult the Trail Run Project mobile app here to make sure you make the turn.

Let the pain begin as you ascend southwestward to Trail Rider Pass over the stunning Snowmass Lake and under the eastern flanks of the hulking Snowmass Mountain (14,092').

From Trail Rider summit (12,500'), enjoy sweeping views of the remote West Elks & brace your skeleton for the steepest, most jarring descent of the day.

Note: If you encounter dangerous weather, a possible bailout is to exit to the southwest at the Geneva Lake trailhead, where you can probably hitch a ride with a 4x4 on the Lead King Loop down to Marble to make a pickup call.

About two miles off the top of Trail Rider, keep a sharp eye out for your next critical left turn, onto the unsigned North Fork Cutoff Trail. For the next mile you'll traverse southeast on a steep hillside until merging with North Fork Crystal River. If you need a break, this is a good spot to fill up water and get off your feet. After another mile, look for a ridiculous waterfall & enter the pain cave once again as you switchback above the falls to enter the otherworldly Fravert Basin.

From here, it's 2.75 miles under Maroon Peak (14,156') through unreal alpine terrain to the top of Frigid Air Pass. Keep some gas in the tank to savor this section. From Frigid Air summit (12,500'), take heart because you have just two miles and much less vertical relief to Maroon Pass.

Halfway between the passes, go straight toward Maroon at a T, meeting West Maroon Trail. Punch it over your final 12,500' pass, and cruise the last seven miles down the West Maroon Creek drainage to your cooler.

More wildflowers than you can count... 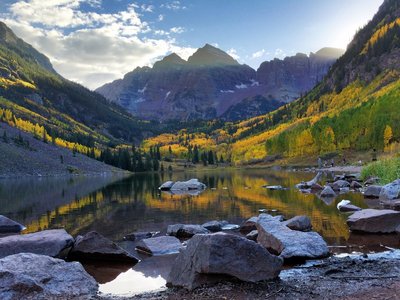 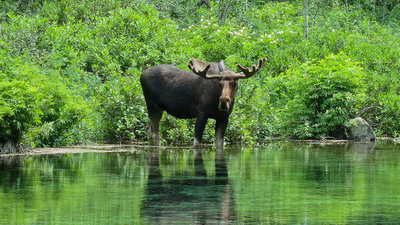 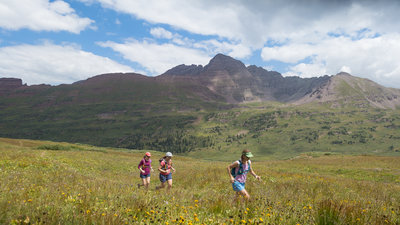 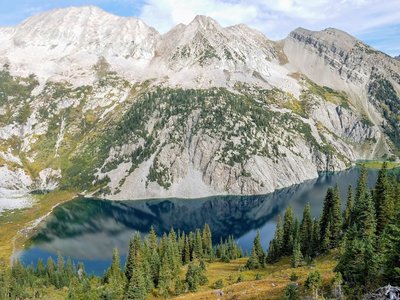 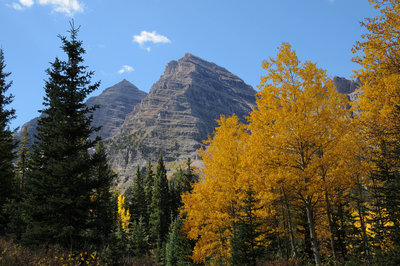