Trail shared by Brian Smith with improvements by Jean-Claude Linossi

“A nearly 200-mile long path running along side a nearly 200 year old canal.”

The C&O Canal towpath makes for a great running trail. Given that it parallels the canal for almost 200 miles, the towpath runs through multiple parks and links to countless trails along the way.

Stretching almost 200 miles alongside the Potomac River between the nation's capital and Cumberland, Maryland, the Chesapeake & Ohio Canal National Historical Park preserves remnants of America's transportation history. For nearly a century the Chesapeake and Ohio Canal was the lifeline for communities and businesses along its route as it floated coal, lumber, grain and other products to market from 1828-1924. Laborers began digging with picks and shovels in 1828. When finished 22 years later, the waterway averaged 40 to 60 feet wide and six feet deep and included handsome stone aqueducts and a remarkable 3,118 foot long brick-lined tunnel. Seventy-four lift locks adjusted water levels for a 605-foot difference in elevation between the western terminus in the mountains and tidewater in the east.

The final section of the canal, which terminated at Cumberland, opened October 10, 1850. A joyful crowd gathered to celebrate the long awaited opening of the C&O. A procession of citizens and officials marched to the locks at the mouth of Wills Creek where five coal boats waited to start the run down to Georgetown. Even during its contruction, the C&O was competing with a powerful new form of transportation--the railroad. The Baltimore and Ohio Railroad had begun its East-West route on the same day as the canal, but it reached Cumberland eight years earlier. Handicapped by dry spells, floods, and winter freezes, the canal could not match the speed and dependability of its rival. Loss of business to the railroad combined with costly flood damage forced the canal the close in 1924.

Hundreds of original structures, including locks, lockhouses, and aqueducts, serve as reminders of the canal's role as a transportation system during the Canal Era. In addition, the canal's towpath provides a nearly level, continuous trail through the spectacular scenery of the Potomac River Valley. Every year millions of visitors come to hike, run or bike the C&O Canal in order to enjoy the natural, cultural, and recreational opportunities available. 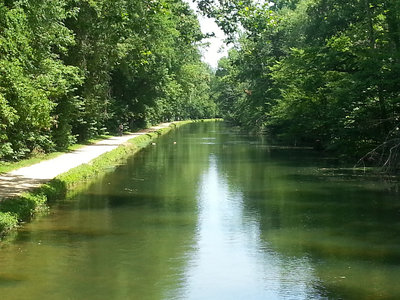 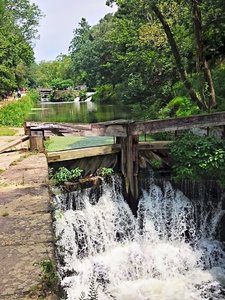 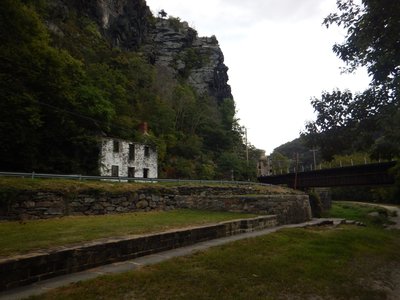 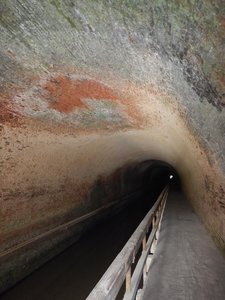 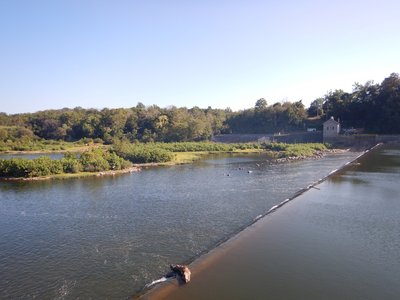