“A quick tour of Roosevelt's little island in the middle of the Potomac River. ”

Theodore Roosevelt Island is open year-round from 6 am to 10 pm.

Roosevelt island is very small and only has three main trails. You can easily explore all of these trails in an afternoon - this is just one way to hit the highlights.

Restrooms on the island close for the winter, usually from October to April. During this time, a portable toilet is located near the restrooms.

The trails on the island make for a good but short trail run or a great addition to a longer run on DC's extensive path network. Also, the Potomac Heritage Trail - Roosevelt Island to Scott's Run is just up the Mount Vernon Trail from here, so that makes a great addition.

Start by parking at the main lot just off of the George Washington Memorial Parkway, across the pedestrian bridge from the island. The Mount Vernon Trail, a very nice paved bike path with great connectivity to other paths, also leads right past here, so, if you have a bike, ride it! It's no secret the D.C. traffic is terrible!

Regardless of how you got yourself to the trailhead, cross the pedestrian bridge and hang a right onto Swamp Trail. Going straight would lead you to Teddy's statue, but I like to save that until the end. The trail is flat and easygoing with occasional views of the river and the swamp in the middle of the island... hence the name! Pop out to the observation deck and keep your eyes peeled for heron stalking minnows in the shallows.

On the northeast corner of the island, you can make your way out to the river bank and get a great view of Georgetown and the Kennedy Center. At about a mile and a quarter, hang a left onto Woods Trail and follow it to the Theodore Roosevelt Memorial. After spending some time checking that out, either head back across the bridge or continue to explore the other portions of trail on the island.

Roosevelt Island is a great place to go birding, right in the heart of the DC metro region. Check out this great brochure for more information.

Known as Masons Island until the 1930s, this land was transformed from overgrown, neglected farmland into Theodore Roosevelt Island, a memorial to the United States' 26th president. Landscape architects designed a real forest that was intended to mimic the natural forest that used to cover the island. Today, trails meander through forested uplands and marshy bottomlands in honor of the legacy of a great outdoorsman and conservationist. 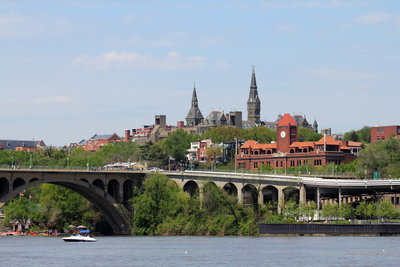 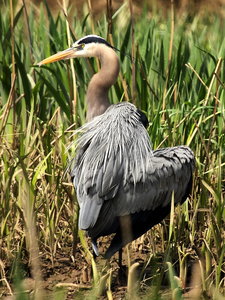 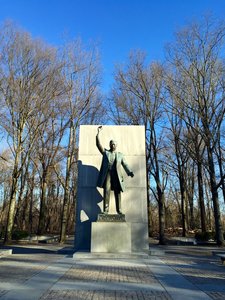 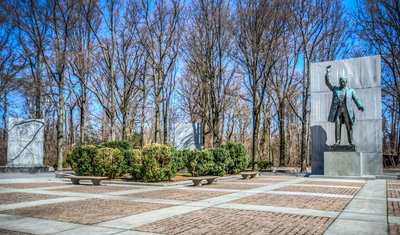 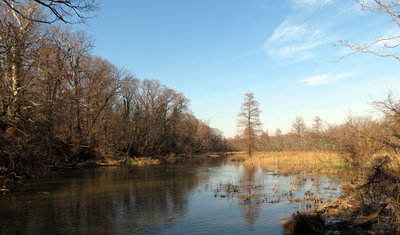