“A loop run around Lake Bernard Frank in the Meadowside area of Rock Creek Regional Park. ”

A nice run on well-maintained trails that makes a loop around Lake Bernard Frank with plenty of spots to view the lake and surrounding countryside.

From the Trailway Dr. entrance of the park, the run follows the Lakeside Trail north, first on an old road bed, then on a crushed gravel fire road. Just over a mile in, it crosses Rock Creek on rock hop (can be difficult in times of high water) and then joins the Muncaster Mill Trail on the far bank.

From the crossing, the run proceeds north briefly before ascending to the Meadowside Nature center on a short unnamed spur trail. From the nature center, it then proceeds south/west on the Rocky Ridge Trail and Meadow Trail back to the Muncaster Mill Trail which it follows west to the Old Nasty Trail. The Muncaster Mill Trail parallels the North Branch of Rock Creek south on a dirt singletrack path eventually veering west away from the creek just above Lake Bernard Frank.

The run continues south and west on the Old Nasty Trail which is a short but steep rutted singletrack trail leading from Lake Bernard Frank to the upper Muncaster Mill Trail. It eventually rejoining the Lakeside Trail at mile 1.7. On the far side of the lake, the trail crosses the dam, then passes a spur trail to the Rock Creek Trail before bearing back around to the north and rejoining the old road and proceeding back to Trailway Dr. Rock Creek Trail is a great leisurely trail to run. It is maintained quite well and there are a few restrooms and water fountains along the trail. Be ready, however, as the trail is slightly hilly. 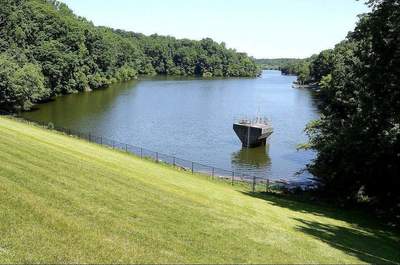 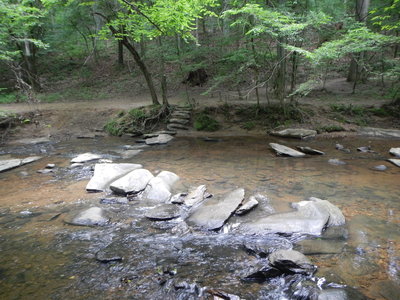 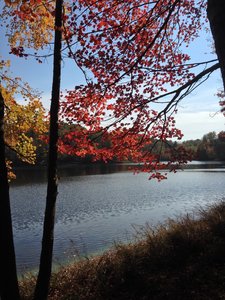