“Very popular and scenic loop right from the edge of town. ” This is a steep but rewarding trail, with great summit views of the foothils to the high peaks, and all of Boulder. It is virtually always crowded with all kinds of runners, hikers, and dogs.

In typical Boulder fashion, there are some crazy speed records on the various trails.

Many large steps and off-camber rocks make you keep an eye right ahead of your feet.

From the beginning of the Sanitas Valley Trail, take your first left on the Mount Sanitas Trail and immediately start the very steep ascent of the mountain. The trail is mostly shaded, but there are tons of high steps, both on logs and boulders, which make the trail tiring. You'll pass some large rock outcroppings that are popular with climbers and boulderers and several nice places to rest and enjoy the views both east and west.

Head down the very steep East Ridge Trail, which has several tricky sections of steep rock. It eases up as you descend, and finally widens and becomes much easier as you get to a saddle and intersection with the Sanitas Valley Trail.

As you descend this nice, easy gravel road, enjoy the spectacular views of the Flatirons, seen from a unique side-on angle. You'll pass the historic Silver Lake ditch (which supplies water to Boulder farmers and has been in use since the late 1800's) and soon end back where you started.

Mountain lions are common in the area, and the trail is occasionally closed if there is a fresh kill. You'd be lucky to see one though!

The peak is named for the Boulder Sanitarium that sat at the current site of the Boulder Community Hospital. The building was completed in 1896 and was primarily used to treat tuberculosis patients. The original smokestack still stands.

There is also an old quarry halfway up the slope (a spur trail will lead you there) that was used for several early University of Colorado buildings. 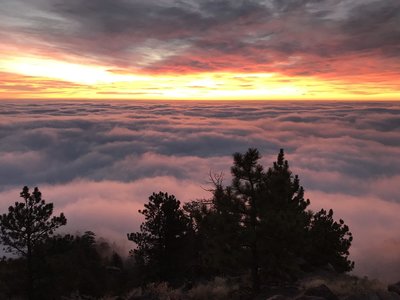 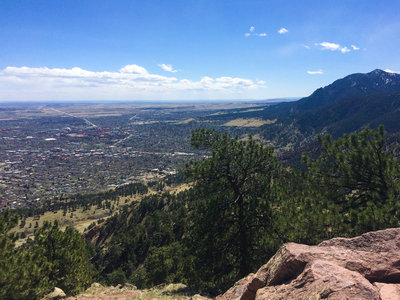 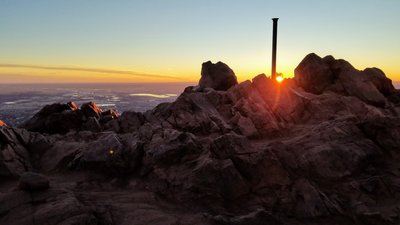 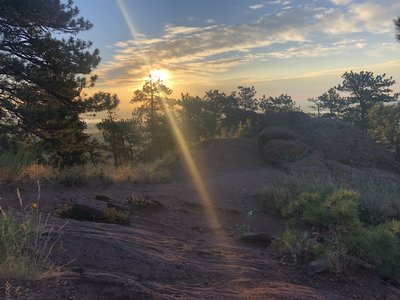 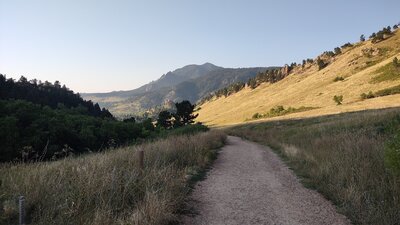