The park's namesake formation is clearly visible along the main stretch of UT-24 east of the visitor center with its signature rounded flanks and pointed top. Early settlers remarked on how the white domes of Navajo Sandstone looked like the dome of the Capitol building in Washington, DC. This comparison ended up attributing to the first half of the park's name.

Interestingly enough, the Capitol building's dome isn't constructed of rock at all, rather cast iron that was painted to resemble rock. The Navajo Sandstone also lends a lighter color to the dome in contrast with the redder, older Wingate sandstone below it, which only further supports the comparison to the top of the Capitol building.

Typically, the Wingate Sandstone is subject to more iron oxide staining, giving it the characteristic red coloration. It is also eroded into more vertical, angled cliffs likely due to its grain size, while the Navajo Sandstone is eroded into rounded domes.

The other half of Capitol Reef's name came from early prospectors who had traveled from the coasts and had nautical backgrounds. Upon seeing the 100-mile long, Waterpocket Fold, ridge, they began referring to the natural obstacle as a reef. In their minds, this formation presented the same block to transportation and trade that an ocean reef does.

On the Road: Views of Capitol Dome are in sight along the main stretch of UT-24 just east of the visitor center. 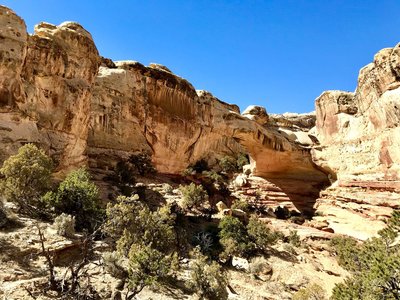 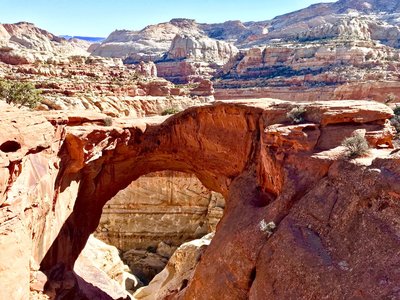 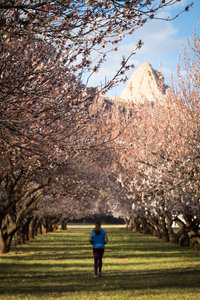 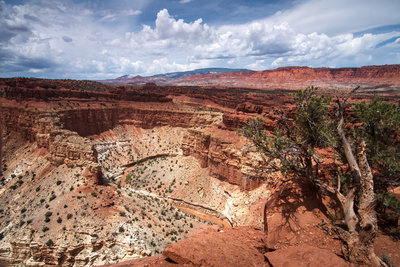 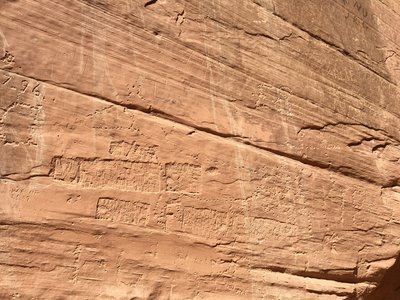