While climbing areas are generally the province of Mountain Project, the easily accessible area at Pena Blanca deserves mention. Around thirty named bouldering problems, ranging in difficulty from easy to difficult, are found around this colorful, short formation breaking out from the Organ Mountains. Were the area not in the shadow of El Paso's Hueco Tanks, an international mecca for climbing enthusiasts, Pena Blanca would receive far more recognition. As it is, the location on BLM land six miles off the highway make this a more obscure, quiet location.

Visitors to the Sierra Vista Trail can make this a part of their visit, and for the shorter climbs, can probably get by without a crash pad. There are a few small caves to explore as well. For beginning climbers, this is a great place to practice or learn the basics with a minimum of equipment.

For additional information, check out the Mountain Project's page on Pena Blanca at mountainproject.com/v/pena-….

After passing the trailhead for the Sierra Vista Trail, look ahead towards the yellow rocks of Pena Blanca. A few access roads will break off from the main one, leading to either side of the formation. Follow the tracks of previous vehicles when parking to avoid damage to the fragile desert ecosystem. 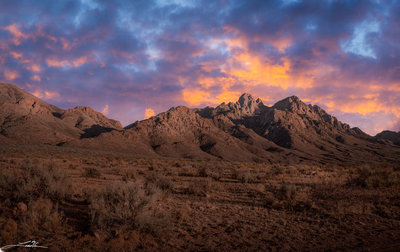 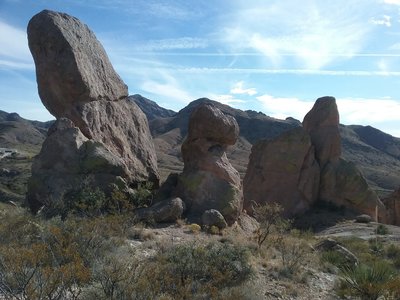