Although there area sections with a few softball to volleyball sized rocks are present throughout, the rocks are spread far enough apart to not cause any real issues. Because of this, the trail is a good choice for runners looking for an unpaved tempo run.

The La Maria Trail, a four mile loop extending out from the northern end of the Sierra Vista Trail, is a nice, low-key alternative to some of the area's more challenging routes.

The northern intersection of the trail is found about a third of a mile into Sierra Vista. Look for a brown trail marker (showing the direction for Sierra Vista, not La Maria), and an clearly visible singletrack heading to the southwest. The path is mostly grit and packed dirt. A few softball to volleyball sized rocks are present throughout, but they're spread far enough apart to not cause any real issues. As it proceeds, La Maria makes a very gradual, easy descent away from the mountains. The trail winds frequently but doesn't take many significant turns.

A shortcut across the loop can be found about two-thirds of a mile in. It is unmarked, but like the beginning, the singletrack is easy enough to spot. Not much changes as the trail makes a gradual U-turn on its western flank to return towards the mountains. A segment on the southwest corner connects to a nearby neighborhood.

More experienced runners may find themselves a little bored by the trail's uniformity. However, the abundant plant life and wide-reaching views redeem La Maria. On a clear day, runners can see for literally hundreds of miles. Las Cruces is ringed by mountains, with the Organs to the east, the Robledos to the north, the Potrillos to the west, and the Franklins to the south. Even Mexico's Sierra Madre is visible, just past the Franklins. The scenery is outstanding.

The southern end of the trail at Sierra Vista Trail is like its other connectors. Look for an easy to spot singletrack.

Plant life around the trail is often sparse, but most of the Chihuahuan Desert's major varieties are present. Of particular note are some nice ocotillo and Spanish Dagger fields. Towering as high as fifteen feet, both plants are nice to see in full color during the wetter months. There are also a great deal of barrel cacti in the vicinity, which is uncommon. It's easy to see why a wilderness study area has been set up a few miles south on Sierra Vista Trail. 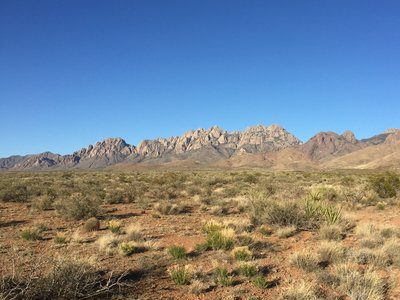 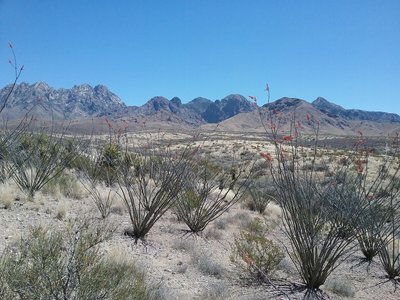 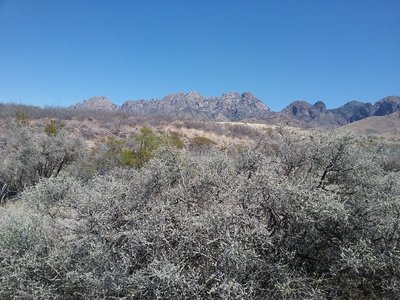 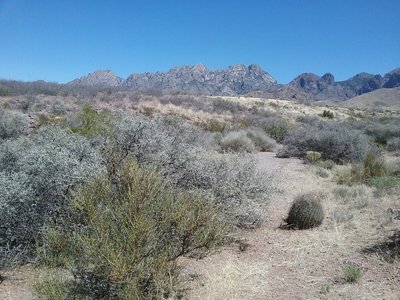