“This challenging route offers exceptional views as it weaves its way along the crest of this wilderness.”

This trail is within the Rogue-Umpqua Divide Wilderness and the usual federal wilderness area regulations and restrictions apply here. Practice Leave No Trace (LNT) backcountry skills and ethics. Camp 100 feet from fragile areas; bury human waste at least 200 feet from water, trails, and campsites. This trail is usually closed by snow between November and May.

Although the Forest Service considers this trail to be the primary route through this wilderness, trail maintenance does not always support this claim. So be prepared for bushwhacking and route-finding in some sections.

Water sources along the route can be scarce and unpredictable, so carry as much as you can with you and refill at every opportunity.

The trail from the southern trailhead to beyond Falcon Butte and from Horse Camp to Hole-in-the-Ground were burned by the 2017 High Cascades Complex Fire. The tread may be eroded and hard to find in these sections, and you should be on guard for the possibility of falling trees. It's a good idea to check with the Forest Service about trail conditions and closures.

You soon reach Yellow Jacket Camp, at an intersection with Forest Road 6515-700. The #1470 then follows an old skid road for 0.5 mile, passes two springs which may have water, then climbs the south slope of Anderson Mountain, past a junction with the Sandstone Trail #1436, and out into a huge meadow on the north side of the mountain—there are excellent views here.

From the Rocky Rim junction, the #1470 passes through a saddle onto the eastern face of Weaver Mountain, then descends to Hole-in-the-Ground, a large marshy meadow. As it passes along the meadow’s southeast edge, the #1470 makes somewhat confusing junctions with the Buck Canyon Trail #1046 and the Hole-in-the-Ground Trail #1047 before making a strenuous 1 mile climb to Forest Road 3700-870.

This road is now the trail, so follow it for 1 mile to just past Happy Camp, where the #1470 resumes off the left of the road. Go northeast down the valley, past a junction with the Whitehorse Meadows Trail #1477, across Forest Road 3700-870, up the ridge, and then down across Forest Road 37, to Buck Camp on Forked Horn Creek. Clear Camp lies about 1 mile further down the trail and, after some viewless travel through the forest, the #1470 ends at Three Lakes Camp, its northern trailhead on Forest Road 3703.

This trail traverses some huge meadows (formerly used by sheepherders) that offer a spectacular display of wildflowers from mid-June until mid-August. 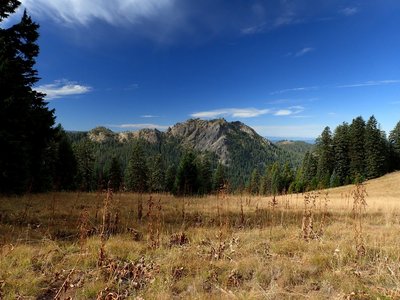 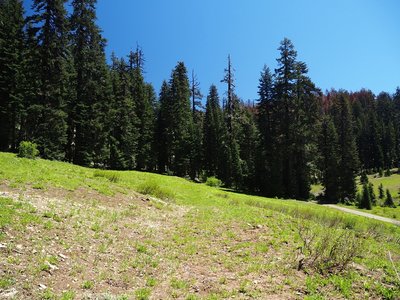 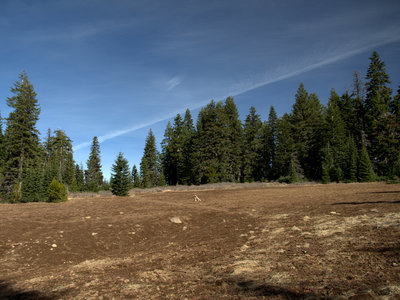 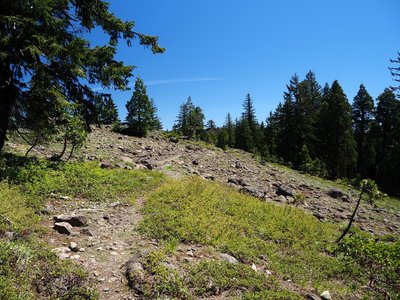 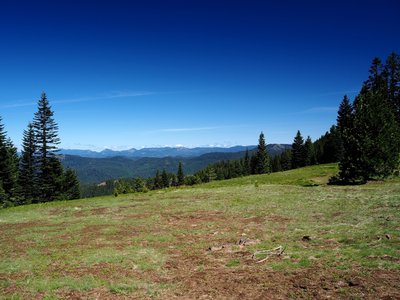 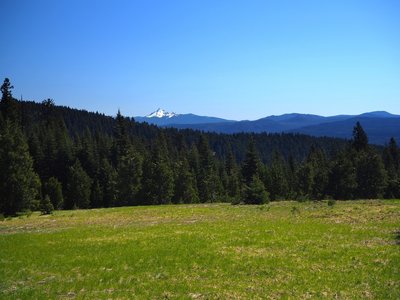