“A moderate trail to the highest point in Crater Lake NP and expansive views of Crater Lake. ”

This is a great out and back to Crater Lake NP's highest point, Mt. Scott. The summit of Mount Scott affords views of the entire lake and surrounding scenic landscape.

Rocks and roots can be troublesome. However, if you start at first light, the trail will be yours alone.

The trailhead is located along East Rim Drive near the turnoff for Cloudcap Overlook. A small parking area on the southeast side of the road accommodates several vehicles. The trail is located at the southern end of this parking area and is well marked by several signs.

Initially, the trail is flat as it passes through a meadow to the bottom of the southern side of Mount Scott. Upon reaching the southern side, the trail begins to ascend slowly as it continues along its eastward trek through forest and rock. Eventually, the trail makes a more steep ascent before reaching a ridgeline and immediately turning northwest. The trail now continues its steep ascent as it bounces back and forth between two ridge lines in a series of switchbacks. At the conclusion of the switchbacks, the trail levels out at a ridge line that slowly ascends to a fire lookout at the summit.

The views from this area are expansive. It is said that this is the only location in the park that accommodate the entirety of a the lake within in a camera lens. The fire lookout is still operational and is sometimes staffed by park personnel. Also, given its height, snow can be found along the trail late into the season.

Return the way you came. 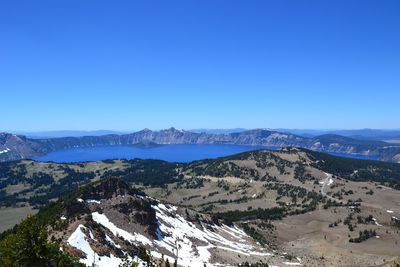 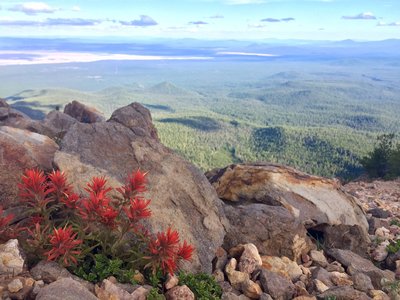 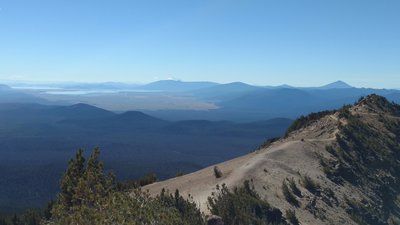 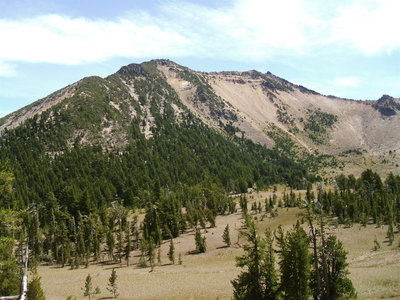 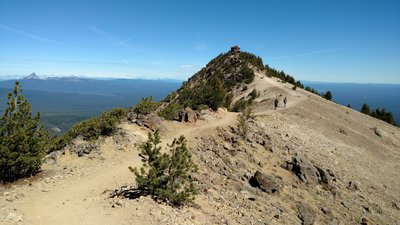 All Clear 82 days ago See History