“This strenuous run goes from the top of the La Quinta Cover parking lot to the Sawmill Trailhead in Pinyon Pines. ”

At 14.7 miles long, this run should really be done with a shuttle set up at the end. This is a great rugged adventure for those looking for that kind of thing. The route uses several trails climbing up to the pass between Martinez Mountain and Sheep Mountain. It descends to Cactus Spring before climbing to Pinyon Pines.

Navigation skills are needed. It is recommended that you have this GPS route and the ability to follow trail clues. The Guadalupe Trail is unmaintained and is marked very faintly by stacked rocks, plastic tape, and an occasional plastic trail marker. Some of the route follows dry stream beds and it is not recommend to be in them when there is a possibility of thunderstorms. There is no water along the way, except for a chance at Horsethief Creek, so you must bring plenty of water. The uphill portion of the run is within sight of the Coachella Valley so there is a chance of cell phone service during this portion. One MUST be prepared for a wilderness experience.

This is not advised for trail runners unless they have experienced the trail before. It would be very difficult and easy to get off the trail when traveling faster than a slow hike.

This trail is marked difficult because much of the trail is not maintained and therefore takes greater navigational skills. The route goes uphill because it is easier to see the trail going uphill than downhill.

From the parking lot at the south end of the La Quinta Cove, follow the connector trail to the Boo Hoff Trail. In 2.9 miles at the top of the Boo Hoff Trail is the beginning of the Guadalupe Trail. It is not marked, but as soon as the trail veers to the east (left) you'll want to continue straight up the drainage. It is best to be using the Trail Run Project mobile app at this point for GPS guidance. The Guadalupe Trail climbs south-southwest up the Santa Rosa Mountains and crosses three to four drainages/dry streambeds on the way.

You'll pass through several microclimates with distinct vegetation as you climb to almost 5,000 feet at the saddle between Martinez Mountain and Sheep Mountain. The end of the Guadalupe Trail descends from the battle to intersect with the east-west running Cactus Springs Trail. Take a right to head west on the Cactus Spring Trail and you'll gradually descend about 1,000 feet to Horsethief Creek and Cactus Spring before climbing again to its end at the Sawmill Trailhead in Pinyon Pines. The run takes you through a very remote section of the Santa Rosa Mountains. It is best done during the cooler months as temperatures will be brutally hot in the summer.

The Guadalupe Trail was likely the historic path that Cahuilla Indians who used to go from the desert to the mountains seasonally. There is an old cowboy camp on Guadalupe Creek at about 4,000 feet that you'll encounter. 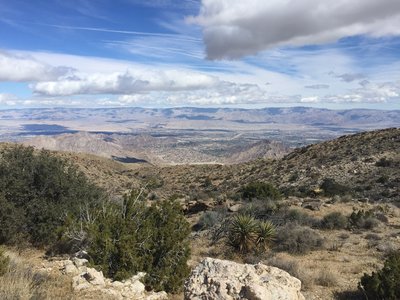 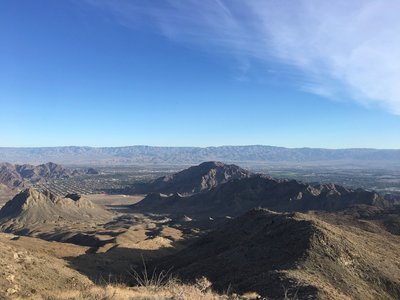 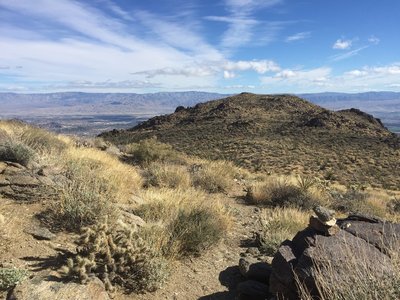 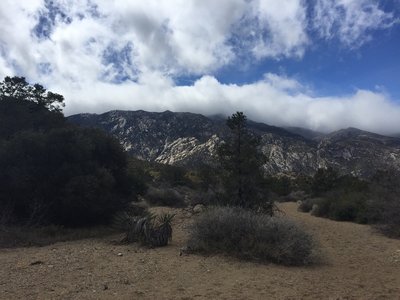 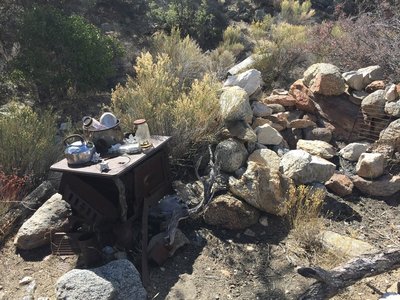 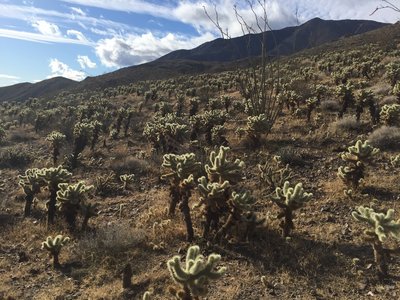 Spitler Peak Out and Back