“A tour of the most scenic part of the San Jacinto Mountains. ”

This is a high-elevation loop out of Idyllwild, visiting San Jacinto Peak and Tahquitz Peak.

A self-issued permit is required and can be obtained from the ranger station in Idyllwild before it opens. There is no trail quota for any of the trails on this route.

In a typical snow year, this run is best done in a narrow time window around late May to early June. Earlier in the spring there is too much snow. Later in the year there are not likely to be any water sources on the eastern side of the range. The Deer Springs trailhead has no water or bathrooms. I recommend doing the loop clockwise because of the lack of shade on the Deer Springs trail.

Start from the Deer Springs trailhead just west of Idyllwild on Highway 243, at an elevation of just under 6000 feet. Follow the trail uphill past the junctions with the Suicide Rock and Strawberry Peak Trail, joining up with the northbound PCT at the latter. At a four-way junction, continue east on the PCT/Deer Springs Trail. This whole initial climbing section has little shade and not spectacular scenery due to the limited visibility through the forest, but is very pleasant early in the morning before it gets hot. In the springtime there are many creek crossings in headwaters of the San Jacinto River.

At the next junction, elevation 9000 feet, head right on the Deer Springs Trail, which now splits from the PCT. About half a mile above this junction is Upper Bed Springs, which I've been told runs year-round. In late season this is likely to be your last water source. Continue through the Little Round Valley campground, which often has considerable snow through late spring, and can be confusing. Follow the series of signs marking the individual campsites, with folksy names like Thunder View. Continue up steep switchbacks through whitethorn and chinquapin bushes that crowd in on the sides of the trail. Top out at a signed junction (10,600 feet) where there is a short side trail (not included in this route description) leading past a stone hut to the summit.

From the junction, cross over to the eastern side of the range, where you can see Long Valley, Round Valley, the tram station, and Palm Springs. Descend along a long traverse to the south through dense fields of chaparral. This long ramp ends at a spot where the trail is reinforced from below with a stone retaining wall. At this point, navigation can become confusing because there is often late-season snow in the grotto between Jean Peak and San Jacinto. The trail takes a sharp left turn here and descends about 100' in elevation before continuing its southward traversing path. If in doubt, just stay a little below the steepest slopes of Jean, and eventually you'll hit the trail again.

Continue another 0.7 miles to the clearly signed Wellman Divide junction. Many search and rescue reports involve people getting confused and going the wrong way at this junction. Go south along the Wellman Trail rather than downhill toward the tram to the east.

Along the next stretch of trail you'll cross through two pretty alpine meadows which in the spring are full of corn lilies. There are two early-season water sources here, the Wellman cienagas, which are obvious if they are running, since water drips from the right side of the trail.

Shortly after the cienagas you'll hit another trail junction, known as Annie's Junction, named after early pioneer Annie Terwilliger Clark. If you want to cut your run a little shorter, you have the option at this point of cutting back to the west on the PCT. Assuming you're not doing that, keep going south. The next section of trail offers extremely scenic views of Fern Valley, Tahquitz Peak and Lily Rock. Go the 5-way Saddle Junction at the top of the popular Devil's Slide trail, another possible bail-out point, although on a weekend it has a quota and requires a different permit.

Leave the PCT and head up toward the summit of Tahquitz Peak. Here there are spectacular views of the titanic granite buttresses that form the north side of the ridge connecting Tahquitz Rock to Lily Rock. The trail traverses rather than following the ridge line, which is class 3. This section of trail may be unsafe in early season due to snow and exposed, steep slopes.

At the summit of Tahquitz Peak is a little 30 foot side trail leading to the peak itself, including a fire lookout, which is not easily visible until your nose is rubbing the paint. Head down the South Ridge trail to its trailhead on Tahquitz View Drive. 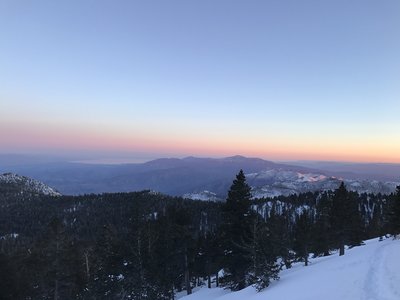 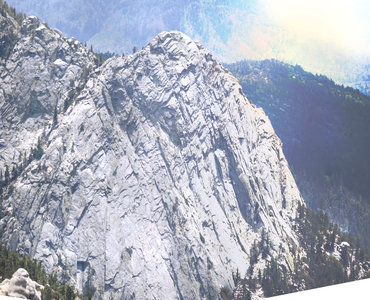 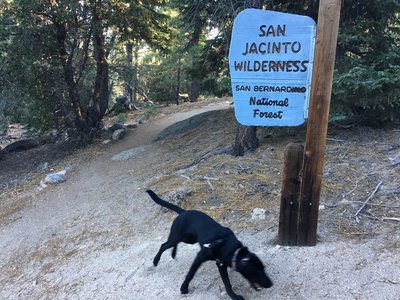 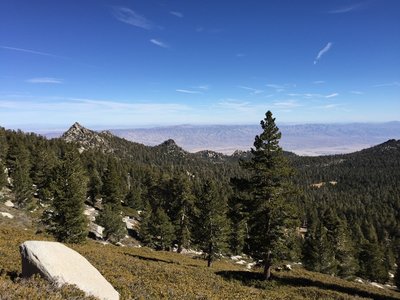 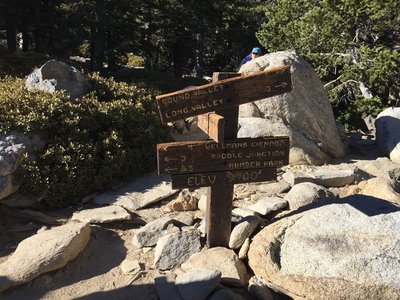 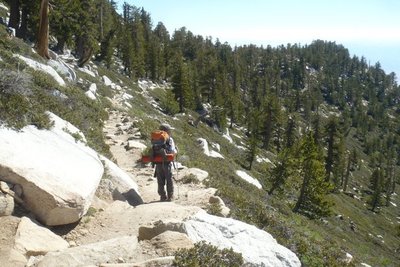 All Clear 93 days ago See History

South Fork of the Santa Ana River via Dollar Lake