“This trail connects the Boundary Trail #1207 with Mount Elijah and the Oregon Caves National Monument. ”

This trail is usually closed by snow from November to May.

This trail is also known as, but less commonly referred to as the Lake Mountain Trail #1206.

The Mt. Elijah Trail #1206 starts at the Boundary Trail #1207 just north of that trail's junction with the Sturgis Fork Trail #903. This trail configuration allows runners to access Mount Elijah or the Oregon Caves National Monument from the west. Overall, the trail surface is good and obvious on this popular trail (from west or east).

From the Boundary Trail #1207, the Mt. Elijah Trail #1206 climbs a series of switchbacks to a saddle where it meets a junction with the Lake Mountain/Bigelow Lake Trail #1214 coming in from the north. From here, the trail turns south and then west, passes over the summit of the higher of the two Mount Elijah peaks. From this summit, you have great views over the Illinois Valley to the Kalmiopsis Wilderness, of Preston Peak in the Siskiyou Wilderness to the south, and east to Mount McLoughlin. This summit is a popular destination for users of this trail and many will turn around here.

From the higher Mount Elijah, the #1206 descends south of the lower summit, then keeps descending past a junction with the Mt. Elijah Tie Trail #1206A to end at a junction with the Limestone Trail #1235. The #1206A and the #1214 can be used to form a loop run around the Bigelow Lakes from either the east or the west. 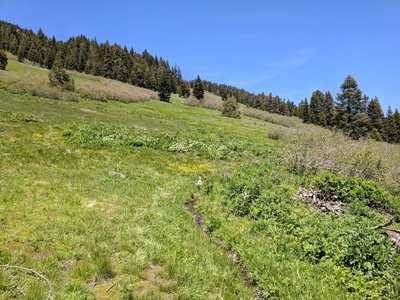 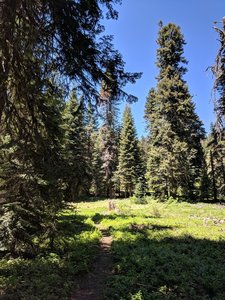 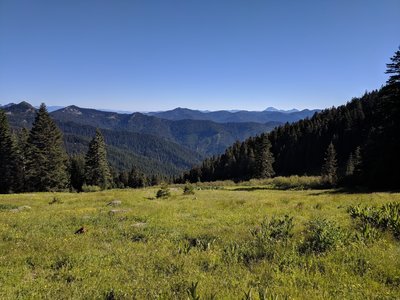 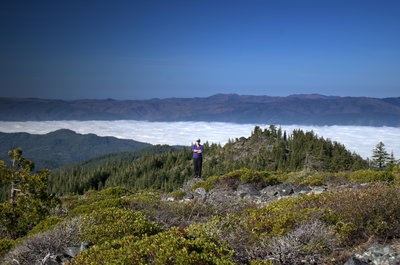 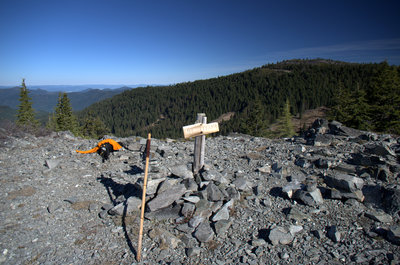