“A beautiful 30 mile loop route using established trails and a short bit of cross country to immerse in the Red Buttes. ” This route is a fantastic easy access single point entry/exit for reaching some of the most sublime wilderness that the Red Buttes has to offer, One can do the loop in either direction but I find that going counter-clockwise has some advantages, particularly on the off-route part where going down to Lonesome is easier than going up from the lake.

Water is mostly plentiful along the route but definitely drier when on the Boundary Trail. At thirty miles it is a very nice 3 day/2 night backpack trip best done early spring through fall, depending on snow conditions. The established trails are mostly well-maintained and the cross country section is mostly along clear ridgelines with some faint tread and a short scrubby descent to Lonesome Lake.

Highlights of the route include: lake visits (Azalea, Lonesome, Echo), walking along Butte Fork, ridgeline walking along Boundary trail, splendid peaks (Figurehead, Desolation, Rattlesnake, Kangaroo and Red Butte), and bountiful wildflowers in spring and early summer. This loop route is a wonderful way to visit the heart of the Red Buttes and see much of what it has to offer in one trip.

There are a couple of water crossings of streams, particularly a probable wet crossing of the Echo lake outflow stream.

Head south along the ridge to next peak, which overlooks Lonesome Lake, and drop down by the clearest route to lakeshore. At mouth of lake head up to the Red Buttes Boundary Trail #5254 following this all the way to junction with the PCT: Seiad Valley to Highway 5 (near Ashland, OR), (signs for Echo Lake). This takes you to the Horse Camp Trail #958 which will take you past Echo Lake. From there, continue down the trail back down to Horse Camp TH.

This is a wonderful way to really get a great taste of the Red Butte Wilderness and what it has to offer. You'll visit three named lakes (Azalea, Lonesome and Echo) while passing close by others (Lilypad, Towhead).

The opportunities for viewing wildflowers are epic at right season and wildlife as well (keep an eye open for the cougar at Lonesome!). But the geography of the area is the real highlight and the route really gets you to the best of it, particularly the Red Buttes Boundary Trail #5254 along the ridge and the fantastic peaks (Rattlesnake, Desolation, Kangaroo and Red Butte).

The cross country part is especially wonderful and not at all dangerous. The trail does pass through severe burn around Azalea Lake and camping there is limited (and unsightly/unsafe) among the dead trees. Camping is possible closer to base of Figurehead Mountain.

This is a 30 mile loop and done easily in 3 days/2 nights. I camped below Figurehead and below Kangaroo Peak, in April, and there was plentiful water. 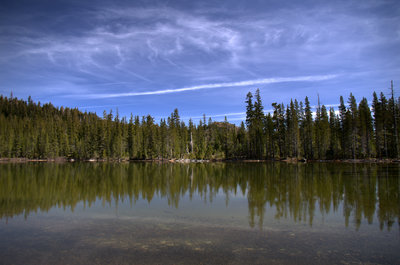 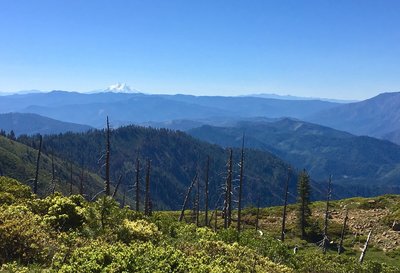 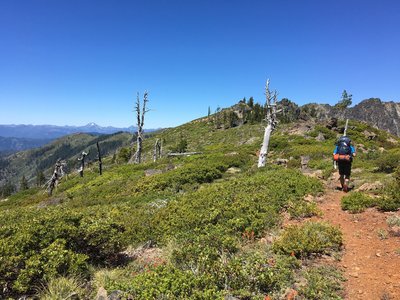 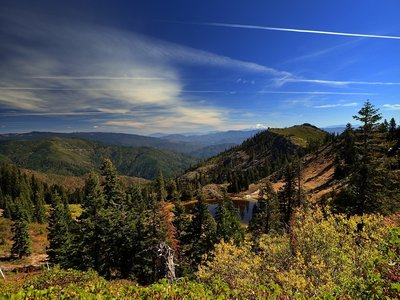 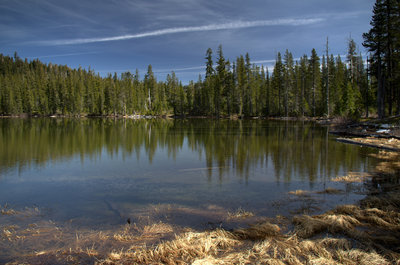