“A great run to see the Tsakhats Kar monastic complex and Smbataberd Fortress. ”

Cell service is available at times throughout the route, and the 911 emergency service operates throughout Armenia in case of any accidents. Although there are potable fresh water springs nearby, be sure to bring bottled water!

This run departs from Artabuynk and goes past the Tsakhats Kar Monastery and the Smbataberd Fortress, winding through canyons and past rivers.

The Tsakhats Kar monastic complex and Smbataberd Fortress are located in the Vayots Dzor province, 6 km northeast from Artabuynk village. In order to reach this run, the most convenient option is to take a taxi from Yerevan to Artabuynk. This will cost around 14,000 AMD. Be sure to take a taxi with a working meter (be sure the driver uses it) or agree on a price beforehand. The best time to visit is April to November.

There are also buses to Yeghegnadzor (a nearby town) from Yerevan Central Bus Station․ From Yeghegnadzor, public transportation is available to Artabuynk village. This usually costs around 5,000 AMD.

This run departs from Artabuynk and goes past the Tsakhats Kar Monastery and the Smbataberd Fortress, winding through canyons and past rivers.

The panoramic vistas from the monastic complex offer views of a number of villages in the Vayots Dzor province, against a backdrop of snowy mountain peaks rising above the fog – magnificent silhouettes against the sky – including the Biblical mountain, Ararat. Within its walls, the unique khachkars (cross stones) and animal engravings at the renovated Tsakhkats Kar Monastery are reminiscent of Armenian architecture of the 10th-13th centuries.

Several of the churches within the complex have been destroyed or fallen into disrepair throughout the ages. Split into two groups of buildings, the churches sit in gardens donated to the complex in 1020, that have grown around them, absorbing the arable land that surrounds the complex. The monastery was founded either by Father Stepanos, or by Father Vardik, in 1041, during the reign of King Gagik B.

Smbataberd Fortress sits atop a high cliff that is hard to reach from three sides. To the east and south, lie the Yeghegis Canyon, and on the west is the Artabuynk Canyon. A wall divides the fortress in half, with a hall laid out under polished basalt arches and remains of the citadel, residential quarters, and water reservoirs on either side. It used to receive water via an aqueduct that stretched two kilometers from the monastic complex.

The route returns via the same path.

Flora: Known for its cold winters and hot summers, during the summer months, the mountain slopes of Vayots Dzor are coloured with a variety of flowers and shrubbery, while the lower, wetter valleys are abundant in species of reed. The forests are home to several species of pear trees and two species of juniper trees, and the fields are littered with flowers including yellow ascension, dark purple wild tulips, yellow bellflowers, rosehip and wild rose bushes, and herbs such as sage, chamomile, raspberry, and perennial.

Fauna: This area is home to a rare species of goat, the bezoar, that can climb up near vertical cliffs, and the Armenian mouflon. Many of the species of the area are endangered, protected within the bounds of Khosrov National Park and Vayots Dzor’s and Zangezur’s Highlands. There are also a number of bears, wild boars, grey wolves, red foxes, wild rabbits and many types of reptiles including lizards, frogs, and snakes. The Lebetine viper is endemic to this region. 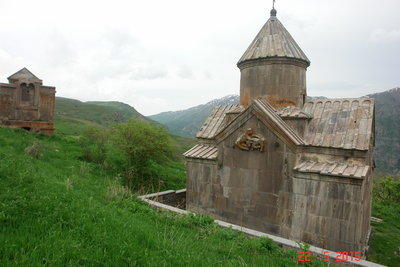 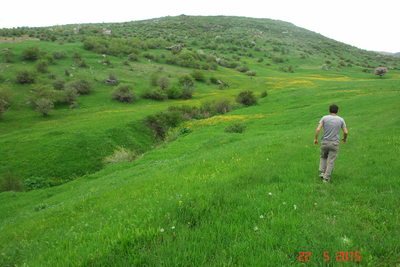 Shatin, Not set (Republic of Armenia)