“This trail is best done as a multi-day outing or a long day run. ”

Cell service is only available on some mountaintops and in one place in Gilan village. It is not advisable to climb the mountains in rainy weather. The 911 emergency services operate throughout Armenia in case of any accidents.

Be aware of snakes in the Khosrov Reserve. Be sure to bring bottled water!

This long trail takes runners from Lake Akna past Mount Azhdahak, Lake Vanqi, and some petroglyphs to end at Gilan Village.

The trail can be accessed from Sevaberd village, in the province of Kotayk and the best time to visit is July through September. The trail starts from Lake Akna which is a small mountain lake surrounded on three sides by red sand and stone mountains, which have found their mirror reflection in the lake for ages.

The run then continues to the Azhdahak mountain, whose peak also borders with the province of Gegharkunik. At 3,597 meters, Azhdahak is the highest point of the Geghama Mountains and is considered one of the most beautiful and most accessible peaks. A beautiful blue crater lake is located on the mountaintop which can be reached by a short side trip up the Mount Azhdahak Trail.

From the western slopes of the Gegham Mountains flows the waters of the Azat, Vedi, and Getar Rivers, while from the eastern slopes start the Gavaraget, Argitchi, Bakhtak and other rivers. The famous lakes in the area are Aknalitch (3,031 m), Vanqi Lake, and Vishapalich, as well as the lake located in the crater of the Azhdahak mountain peak.

The next sight along the run is Vanqi Lake where you can find various petroglyphs that illustrate the artistic skills of Armenia’s ancestors. After examining the petroglyphs, the trail will then lead to Gilan village, where the hospitable villagers will treat their guests with Armenian traditional dishes. The route ends here with views of the rich landscape full of diversity.

From Gilan, you can also book a car to visit the pagan temple of Garni, in Garni village. Djutakasar is located on the east of the temple, while on the south, in the Azat gorge, flows the Azat River.

Flora: The Gegham mountain flora is devoid of forests and trees, as it is located 2,800 meters above sea level. It is entirely composed of high mountains and massifs. The alpine nature is distinguished with its meadows and small mountain lakes. Short stem alpine flowers cover the banks of rivers and cool streams that flow down the mountains. Flowers of the same type and color cover hundreds of meters of territory. There is also the dark-blue alpine violet growing here, coloring the alpine meadows with its blue shade from July to the end of August. The upper areas of the Azat and Vedi river valleys are sparsely covered with oak and juniper forests.

Fauna: Gegham's mountain slopes have relatively few animal inhabitants. Only stray species of wolf, fox, wild badger and hare, various species of mice as well as about 250 species of birds can be encountered here. 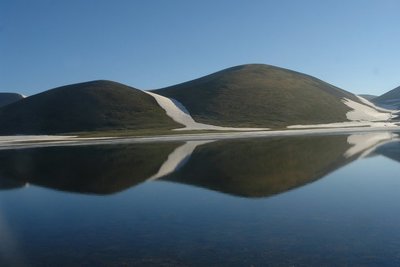 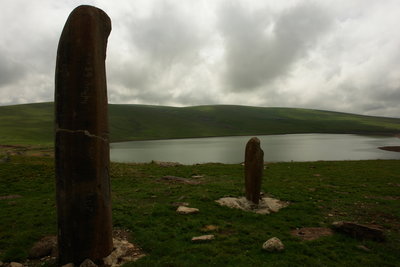 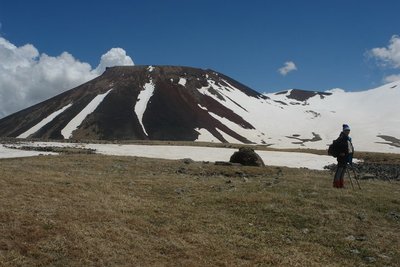 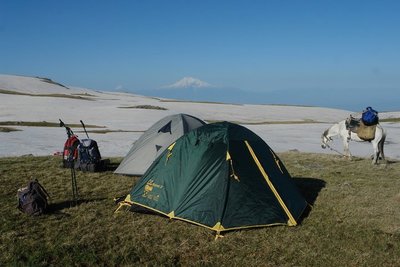 Yeghegis, Not set (Republic of Armenia)