“This run starts at a bridge near Shatin and follows a dirt road 3.5km towards the church. ”

Cell service is available at times throughout the run, and the 911 emergency service operates throughout Armenia in case of any accidents. Be aware of bears and snakes. Although there are potable fresh water springs nearby, be sure to bring bottled water!

A great point-to-point run through mountainous terrain with beautiful views and the remains of a medieval monastery along the way.

In order to reach this run, the most convenient option is to take a taxi from Yerevan to Shatin village. This will cost around 14,000 AMD. Be sure to take a taxi with a working meter (be sure the driver uses it) or agree on a price beforehand.

There are also buses to Yeghegnadzor (a nearby town) from Yerevan Central Bus Station for 1,200 AMD. From Yeghegnadzor there are buses to Shatin for 500 AMD.

The best time to run in the area is April to November. Shativank Church is located near the village of Shatin, in the Vayots Dzor province. The monastery and village were named after Shatik Menakyats, the prelate of the Verin Noravank Monastery.

The run starts at a bridge near Shatin, and follows a dirt road 3.5km towards the church. Bezoar goats are very common in this area, and can be seen leaping up near-vertical cliffs. The route continues up the rocky mountains past the church until coming to the medieval monastery, Spitakavor, near Vernashen village.

From the monastery, the route descends to Vernashen where runners can book a taxi back to the start or for a long day out, run back along the same way they came.

Flora: Vayots Dzor is known for its very hot summers and cold winters, making its steep mountain slopes a tough environment for plants to grow, giving runners the impression of a dry, arid desert. However, on closer inspection, there are a wide variety of colorful flowers and bushes. In the lower, more humid areas, species of reed and calamus are common, as are juniper and several types of wild pear. In these areas there are many flowers, including ascension, dark violet tulips, yellow bellflowers, as well as flowering plants such as briers and roses. There is a rich variety of herbs from which locals brew teas, such as felty germander, salvia, chamomile, raspberry and Helichrysum.

Fauna: The region’s most impressive animals are the rock climbing Bezoar goat and mouflon. These endangered animals, endemic to the area, can be seen around this gorge, the Khosrov Reserve, and the Zangezur Mountain Range, and are included in wildlife preservation strategies by the government. 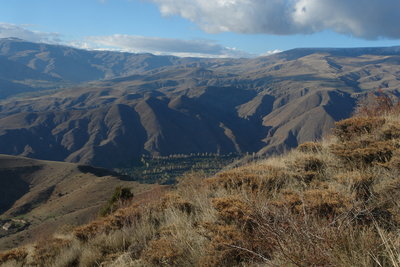 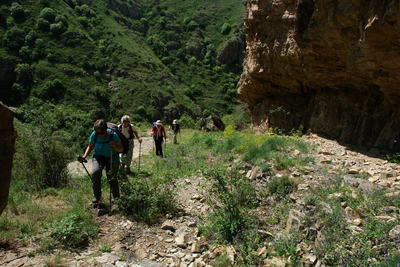 Yeghegis, Not set (Republic of Armenia)

Goravan, Not set (Republic of Armenia)