Some parts of the trail are through private lands and farms and a limitation to your group size may apply.

Most of the track is singletrack and medium difficulty. The return through Jardim de Pedras is very technical with a lot of rocks and a steady descent.

The run starts at Lapinha da Serra, a very famous running spot in Minas Gerais. We went to Poço do Soberbo (Soberbo Well) along the Poço do Soberbo Trail. The trail starts with a short initial climb, but it ends quickly. The, the trail stays flat until about the middle of the way. More or less in the middle, it has a turn to the right which makes a descent that is a bit long, but not too steep. After this descent, one arrives at a little house, and from there, it is a steady but easy descent to the Soberbo Well where we stopped for resting, eating, and swimming at the Well.

Then we left Soberbo to run to the Bicame Waterfall, our second stop and a very special place to swim in a very special spot at this famous waterfall. The Soberbo to Bicame por Poço Diamante connector trail is a hard singletrack with a lot of scrambling and is just a beautiful place.

After stopping at the Bicame Waterfall, we returned to Laping through Jardim de Pedras on the Cachoeira Bicame trail. The trail is in the countryside and the vegetation is made up of meadows, small trees, calcareous ground and with a rock bed in some parts of the trail.

Campos de Altitude with underwood flora. A lot of birds (falcons are always present in the beginning of the day).

Soberbo Well site was a previous diamond mining site and some ruins of constructions and equipments are still there. 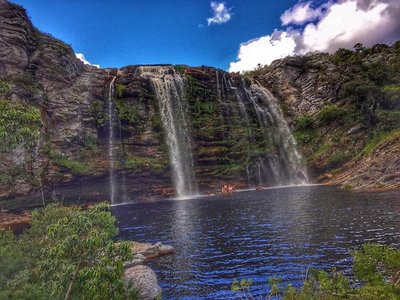 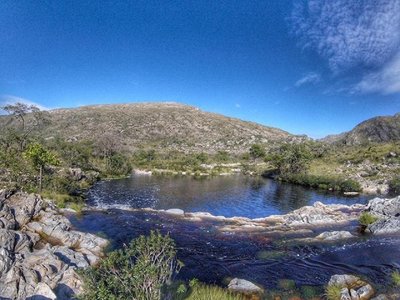 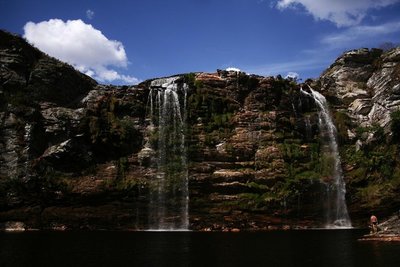 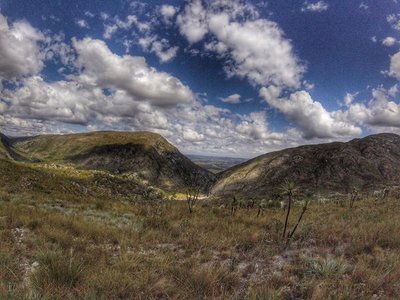 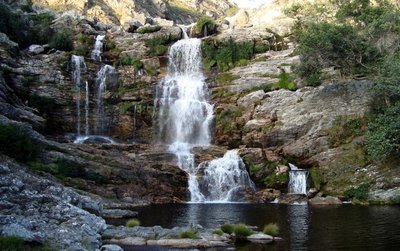 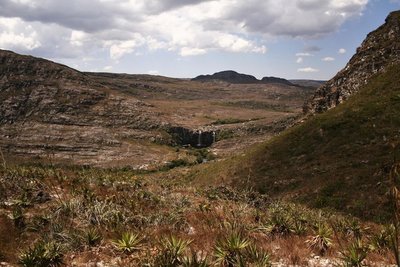