“Lagoa Dourada is one of the most beautiful valleys in Parnacipó. ”

If you're going to do the route ending in Parque Nacional da Serra do Cipó, you'll need to call the park to schedule.
Do not do this trail in the rainy season. It must be dangerous.

This is a very nice run with a mountain to climb, rocks to jump, waterfalls to swim in, and a cave to explore. It starts by going up a trail full of rocks, but don't be discouraged as you're going to get to run in one of the most beautiful valleys in the park. In Lagoa Dourada, you'll see waterfalls and two canyons. Running down to the park, you can explore a cave, and cross a very clean water creek with trees, and finally come to another waterfall where you can enjoy a refreshing dip to cool off.

If you're going to do the route ending in Parque Nacional da Serra do Cipó, you'll need to call the park to schedule.

To schedule a shuttle, you can ask for references in the park, look for adventure agencies in Serra do Cipó village, or contact your hotel or B&B.

This is a one-way trail. You'll need a pick up to get to the start. If you're going to do the route ending on Parque Nacional da Serra do Cipó, you'll also need to call to the park in advance to schedule your run.

Starting on São José da Serra, the first 3-4 km are just running uphill. This part is full of rocks so you need to be careful. After climbing the mountain and turning onto the Vale da Lagoa Dourada Trail, the trail stays flat for a long time until you arrive at Lagoa Dourada. This is the most beautiful part of the run. You should stay for a while to enjoy the waterfall.

After the waterfalls, it's time to run to Parque Nacional da Serra do Cipó. Retrace your steps on the Vale da Lagoa Dourada Trail until you rejoin with the Travessia São José da Serra - Parna Cipó trail. The start of the trail to the park is difficult to see, so stay alert or use a GPS or the Trail Run Project mobile app.

After you return to the main trail, you're going to run down for a while (there are some rocks too). You're going to pass over a little cave on the right. Just after the cave, you'll pass a creek with clear water that comes from the same cave.

After the water, you'll come to a trail that looks like an old dirt road. You'll stay on this until the entrance to the trail to the Capão Waterfall. Turn right on the Capão dos Palmitos Waterfall Trail if you're interested in visiting another waterfall. Or you can go straight here to get to get to the end of the run. Enjoy it!

Stop and take a look at the Sempre-viva flowers. They look like white balls. 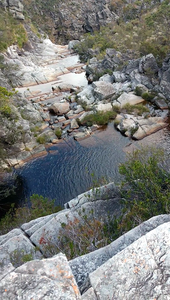 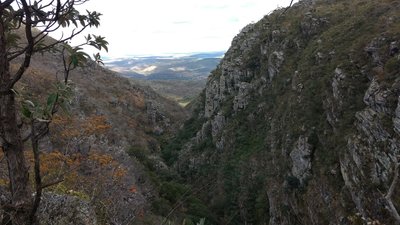 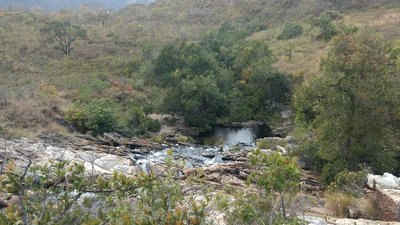 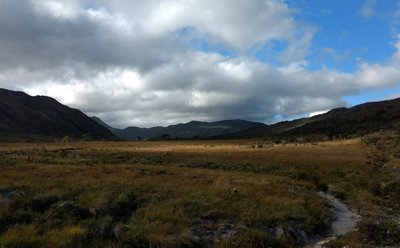 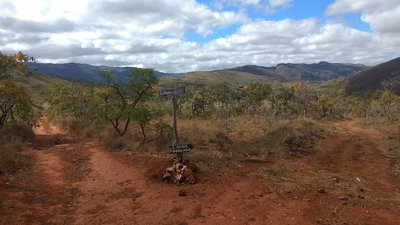 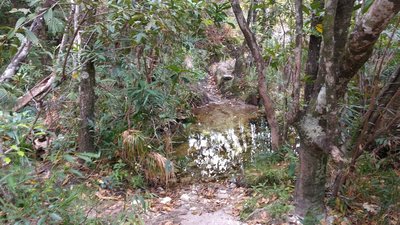