This run is packed with great attractions like amazing views, tough climbs and descents, and beautiful sections of trail. The loop features three popular overlooks: McAfee Knob , Dragon's Tooth Trail, and Tinker Cliffs. Runners can choose which overlook to start at and which direction to go. We started at the 311 Parking Lot (McAfee Knob Trailhead), and runed to McAfee Knob and Tinker Cliffs. Following a long ridge-run on North Mountain Trail, we descended to the Dragon's Tooth Trail and finished on the AT North back to the 311 Parking Lot.

We decided to start this three-day outing on Thursday night to get to the top of McAfee Knob by sunrise on Friday morning. We parked at the 311 parking lot and started on the trail at 7:00 p.m. Thursday and headed on the AT North for 2.5 miles to the Catawba Shelter and camped out.

We awoke early Friday morning and started on the AT North for the remaining 1.5 miles to the McAfee Knob overlook for a beautiful sunrise. From this peak, you can see Tinker Cliffs to the North East, and the Andy Layne Trail to the North Mountain Trail, to give you an idea of where you're headed.

We started on the AT North to Tinker Cliffs (5.9 Miles). By lunchtime Friday, we arrived at Tinker Cliffs for a brief lunch and amazing views. We passed a shelter with a sign for water at about the 3.0 mile mark, but there was no water as Virginia was in a drought.

After Tinker Cliffs, we kept on the AT North until a left fork at the Andy Layne Trail (Yellow Blaze), following a steep descent and lots of switchbacks to the parking lot. The end of the Andy Layne trail ends at some cow pastures and a parking lot. Before these, we found a nice stream with clear water and topped off our water supplies here.

Crossing 779, there's another trailhead directly across the street, where you'll climb up the Catawba Valley Trail (Blue Blaze) for 2.5 steep miles and lots of switchbacks to reach the North Mountain Trail (Yellow Blaze). We turned left and decided to camp at the Turkey Trail for the evening (there are no campsites there, we had to find our own).

Happy Mistake: Descending North Mountain, you're supposed to take a right to the Dragon's Tooth Trail Parking lot. We accidentally took a left and found a gas station where we refilled all our water, which we definitely needed. We also treated ourselves to an ice cream sandwich, which was heaven!

After a long, desolate (we didn't see anyone on the North Mountain Trail) trip, it was nice to see smiling faces tackling the Dragon's Tooth Trail. We ascended 2.5 miles to the Dragon's Tooth overlook. Dragon's Tooth was definitely the most challenging of all the peaks, as there'a a lot of rock scrambling and steep climbs—definitely difficult with our packs, but we made it.

After Dragon's Tooth, we descended 0.7 miles to the AT North, and continued about 1.5 slow miles past Rt. 624 and ascended up some switchbacks and found camp for the evening. There was really no camping here either, we found some flat, soft ground atop our ascension after Rt. 624.

Day 3: We packed up camp and headed back on the AT North for the remainder of our 6-mile run to the 311 Parking lot. There was a stream we crossed over near cow pastures, which looked like a good source for water. We traveled through roughly three cow pastures and up a tough ascent to Catawba Mountain, our last mountain ridge.

This last ascent up Catawba was a little tough as our legs were sore from the previous two days of running, but we made it to the ridge and continued on for 3-4 miles. After passing a few south-bound AT hikers, we knew we were getting close. A few sounds of cars in the distance, a small descent (cool rock formations here), and we were at the parking lot to change and head straight the breweries for the well-deserved post-run food and beer!

McAfee Knob is the most photographed spot on the Appalachian Trail. 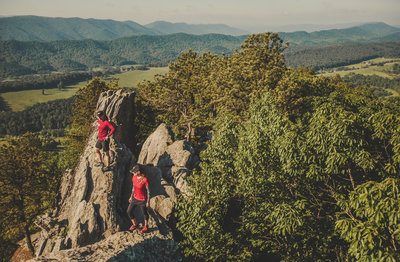 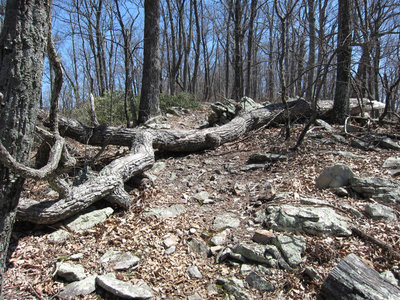 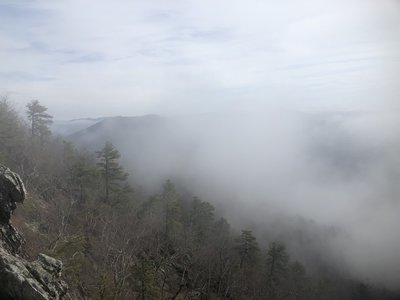 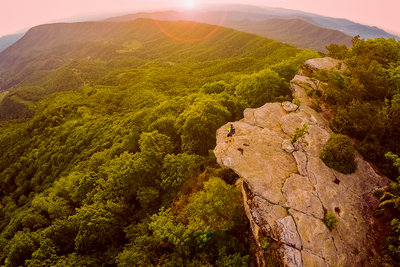 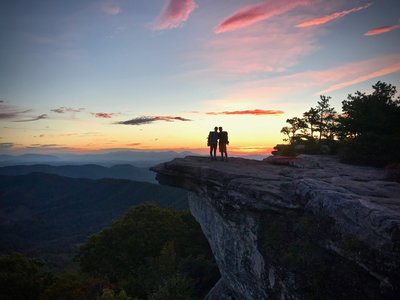 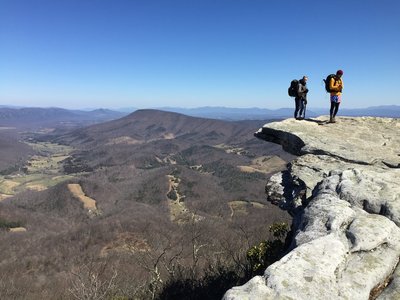 All Clear 54 days ago See History

Kelly Knob Out and Back