“A long trail connecting Harriman and Bear Mountain State Parks with great viewpoints and a section of the AT. ”

A trail running from a parking area off 202/9W, up onto Dunderberg Mountain, and eventually all the way north to end near Fort Montogomery. The trail heads west along the ridge offering some nice views to the south. The trail meets with the Ramapo-Dunderberg Trail right before climbing to the top of The Timp. There are more nice views from the top of the Timp.

The trail continues, but after the Timp will mostly be in Harriman State Park instead of in Bear Mountain State Park. This is a great section of trail that will bring you up onto the West Mountain ridge to join the Appalachian Trail. All along the AT Trail there are excellent viewpoints to the west.

The Trail will then turn off the AT to the southeast. The trail will pass the Suffern-Bear Mountain Trail and then the West Mountain lean-to. After the lean-to, the trail descends into a ravine with some confusing unmarked forest roads so be sure to use the Trail Run Project mobile app to follow the trail west and up the Timp.

The north portion of the trail eventually makes its way down to overlap with the 1777 West Trail just before crossing the Palisades Interstate near Seven Lakes Drive. From there, the going is pretty easy to Fort Montogomery, unless you choose to take the Timp-Torne Trail Spur to climb up Popolopen Torne. 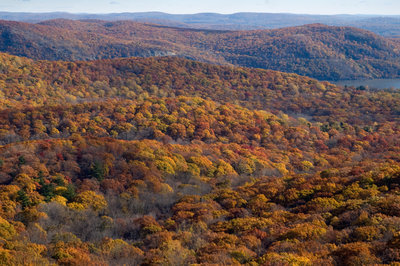 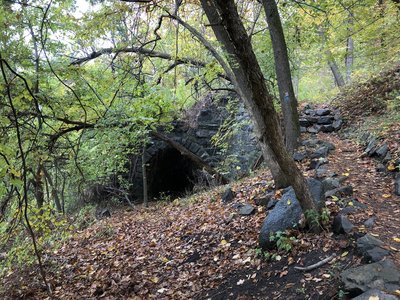 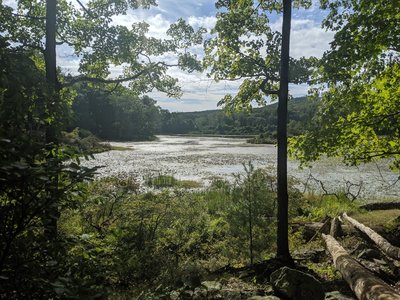 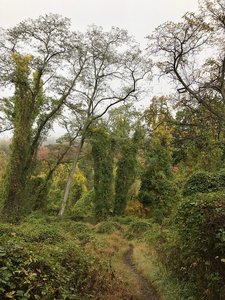 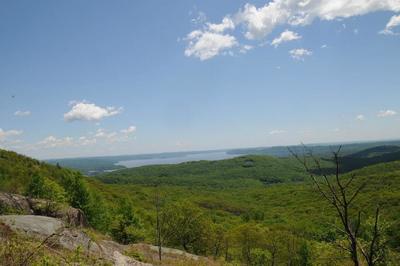