“A rugged path, climbing high over a canyon overlooking the Borderland. ”

According to the sign at the trailhead, Palisades Canyon is open from 5 a.m. to 10 p.m. With no clearly defined boundary between the Palisades area and State Park property, it's unclear where the restriction is supposed to be applied, and it is not enforced anyway.

Palisades Canyon Loop is a tough, technical singletrack clinging to the eastern side of a canyon, completing a circuit with Monk's Trail.

The northern end of the trail breaks off from Monk's about halfway through the latter. There is no sign or other markings showing the beginning, so look for a narrow singletrack heading off to the northeast just before Monk's turns west.

Narrower, rockier, and more devoid of plant life than the trails that lead to it, the Loop is tough. It'll be a wearying, technical quarter-mile climb to the trail's high point, but a nice view of downtown El Paso and Ciudad Juarez await at the top. A small rock cairn marks an intersection here with Colombian Connection, a short segment leading to the maintenance road.

Continuing on the Loop, the trail now makes an even steeper quarter-mile descent. This can be a fairly challenging section if taking the trail in reverse. Even downhill, the trail can be a tricky go the footing is loose at times and there are trip hazards everywhere. On the way, look for two fun-looking bike jumps, one passing through two palm trees. As evidenced by the jumps, this trail may be a better one for cyclists. For runners, the constant rock dodging can be very tiring.

As the Loop reaches the arroyo at the base of the canyon, it becomes indistinct. Stay to the left. The GPS track can help, but the general idea is to follow the wash down and out. The arroyo bottom is extremely rocky and sometimes hazardous. Be careful on the steeper descents.

Palisades Canyon Loop ends back at Monk's Trail near Palisades Canyon Access Road. If beginning the trail from this side, it can be hard to find. Look for a singletrack headed into the arroyo where Monk's turns clockwise around the western hill. 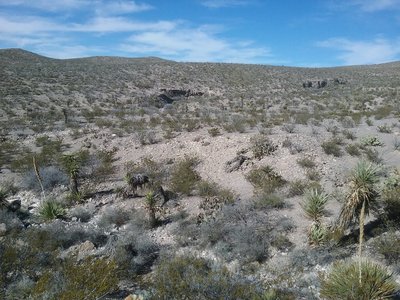 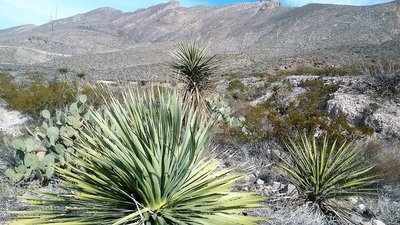