“A dirt access road connecting to the trails of Palisades Canyon. ”

According to the sign at the trailhead, Palisades Canyon is open from 5 a.m. to 10 p.m. With no clearly defined boundary between the Palisades area and State Park property, it's unclear where the restriction is supposed to be applied, and is not enforced anyway.

This access road leading through Palisades Canyon is the lower starting point for the southernmost trails of the Franklin Mountains. The trailhead is located on the northern end of Robinson Avenue, near the tip of Arroyo Park. A sign and vehicle gate mark the entry point. Vehicles should be parked along the shoulder on the southern end of Robinson; do not block the vehicle gate.

Look for a narrow path just left of the sign to avoid having to climb over the gate. After a hundred feet, it merges back to the access road. From here, the dirt road follows the left side of Palisades Canyon. The road condition can vary greatly depending on weather; after thunderstorms, debris frequently washes down from the mountains. Washboarding on the dirt can be a problem as well. Thankfully, these problems are usually no more than an inconvenience. Steer clear of the branch to the right that heads up the mountain, as access to the top is restricted to maintenance vehicles.

The road connects to the canyon's two main trails, Monk's Trail and Palisades Canyon Loop (via Palisades Shortcut), less than a quarter mile in. After that, the road continues on its own until passing two more connectors a half mile later.

There is little reason to continue past the intersection with Palisades Connector, but runners choosing to do so will circle counterclockwise around Crazy Cat hill, coming to the road's end at a water tank on the top. The neighborhood beyond the tank is private and gated. 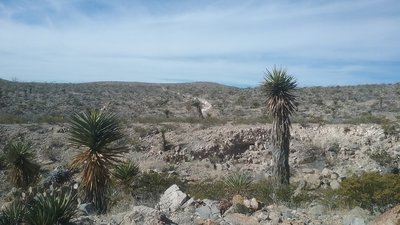 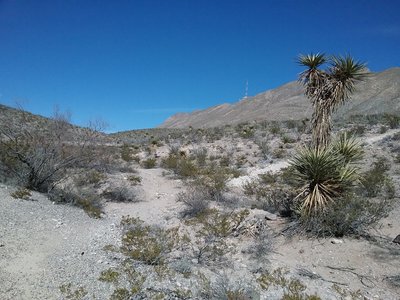 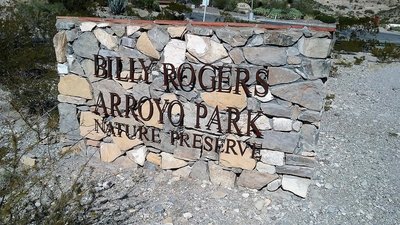