This steep, roller coaster of a trail has delightful up-close views of hoodoos and natural arch "windows." The Peek-A-Boo Loop can be accessed from both Sunrise and Sunset Points, but arguably the most straightforward and scenic route descends the Peek-A-Boo Loop Connector from Bryce Point as described here.

Don't be fooled by the short total mileage, this is a strenuous outing - bring adequate water, food, sun protection and sturdy shoes.

Starting from the parking area at Bryce Point, switchback steeply down the Peek-A-Boo Loop Connector from the rim, crossing many cliff bands. Contour below rock walls, crossing ridges and bluffs, all the while steadily losing elevation. The abundance and variety of colorful hoodoo towers are the highlight of this trail. After a relatively level section of trail, plunge into the neighboring canyon by navigating a series of hairpin turns down the hill. The Peek-A-Boo Loop Connector ends at a "T" intersection with the southern tip of the Peekaboo Loop Trail.

The loop can be done in either direction, but aficionados prefer the clockwise way. So, from the "T" intersection, take the left (western) half of the Peek-A-Boo Loop Trail and pass the seasonal bathrooms. Climb up and down ridges and through steep switchbacks. This is a great treat for intrepid travelers who want close encounters with the colorful surreal spires. Keep an eye out for the named rock formations: Wall of Windows, Hindu Temples, and the Cathedral. After a long downhill section, the western half of the loop ends at the trail's lowest elevation point - which is also the intersection of the Peek-A-Boo - Navajo Connector, Peekaboo Connector and the Peek-A-Boo Loop Trail.

To complete the Peek-A-Boo Loop Trail, continue southwards along the eastern half of the loop now climbing steeply. Surmount a broad ridge and wind through its saddle next to the Fairly Castle rock formation. Another long descent deposits you back on the canyon bottom at a wide wash. Ascend the valley and the last few switchbacks to arrive at the start of the loop (at its southern tip). At the intersection, rejoin the Peek-A-Boo Loop Connector and retrace your steps for the last 0.5 mile grunt back up to the rim.

In case you're wondering, the "Peek-A-Boo" trail name comes from the natural arch "windows" formed in the rocks. Note: the loop trail receives heavy use by horse/mule riders - be sure to give them right of way and beware of the poop. 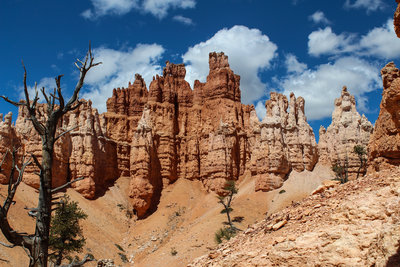 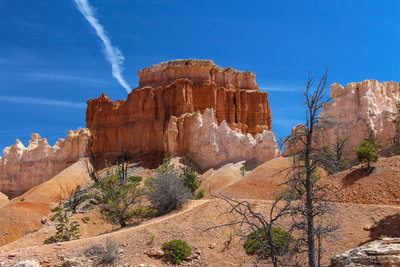 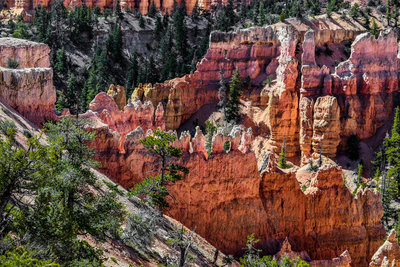 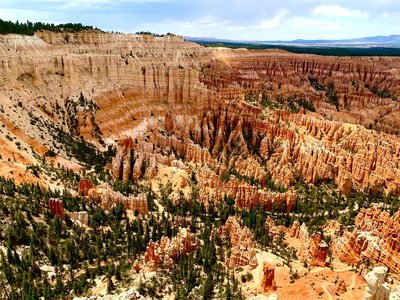 All Clear 30 days ago See History

Willis Creek Out and Back