“A rocky singletrack to the highest point in El Paso. ”

Rising over 3,000 feet above the desert floor, North Franklin Peak is the highest point in El Paso's Franklin Mountains range and is the seventeenth highest point in Texas. The main trail can be accessed from either side of the range by Mundy's Gap, though the western portion is a shorter route. A lesser-used, more challenging path can be taken via the North Franklin Ridgeline, which connects near the top of the main trail.

The trail begins just east of the high point of Mundy's Gap at a signed intersection. The first half mile of the route is a well-defined singletrack that alternates between rocky and smooth sections. The rocky sections have a few technical portions but can still be surmounted easily, with relatively low grades. A number of the east side trails branching out from Chuch Heinrick Park and Bowen Ranch can be seen from here. About two-thirds of a mile in, the climb becomes noticeably steeper, which will continue until the summit, with a few short breaks.

After a switchback, the trail turns west at a small flat portion. Indian Peak, with a small metal structure on top, is visible to the east. A narrow singletrack branches off towards the peak. However, it is on Castner Range land, which has not been formally cleared of Army munitions and is closed property.

As the trail proceeds west it becomes considerably rockier, demanding focus and a slower pace. Desert grass has grown high up on the mountainside here. After several switchbacks, the trail takes a final turn to the south at the intersection of North Franklin Ridgeline. The Ridgeline trail is a more direct route down to the west side, but has several loose rock sections and is a difficult descent.

The summit is another half mile ahead, with the trail becoming marginally smoother towards the top. Unlike most area peaks, the top has been flattened out to an area the size of a small parking lot. Years ago, a developer intended to build a restaurant on the top of the peak, with a road connecting to the east side roughly along the current trail and Mundy's Gap. The plans fell through, and all that exists now is a solar-powered ham radio repeater.

On a clear day, the view into Texas, Mexico, and New Mexico can reach for hundreds of miles from here. 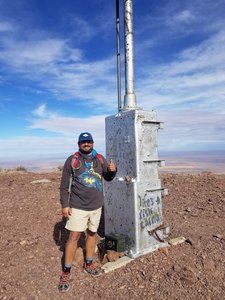 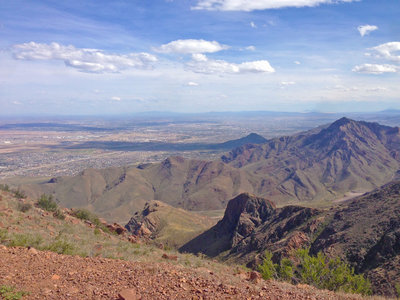 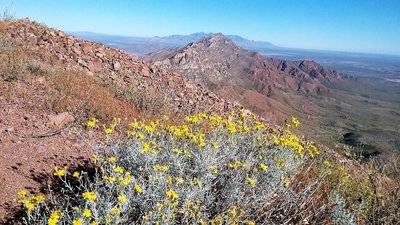 All Clear 7 days ago See History