“A North Rim run with breathtaking views of the valley and surrounding peaks. ”

Closed only if you can't get to the North Rim in the snow. Otherwise, the trail is yours all year round, although you may need snowshoes in the winter or early spring.

The trail starts at the top of Yosemite Falls and makes it way to North Dome with views of Yosemite Falls, Yosemite Valley, and major peaks like Clouds Rest, Half Dome, Sentinel Dome, and Glacier Point.

You have a couple of options to get to the starting point. You can run up from the Valley via the Upper Yosemite Falls Trail or run in from Tioga Road via the Yosemite Creek Trail. Another alternative is to run in from Big Oak Flat Road on the North Rim trail, a trail that takes you to the top of El Capitan and Eagle Peak before reaching Yosemite Falls.

Your trail begins at the top of Yosemite Falls, so make sure you take in Yosemite Creek as it plunges over the edge of the North Rim. If it's spring, the roar of the water as it plunges over the edge is breathtaking. Once you've taken in the view from the precipice, cross the footbridge over Yosemite Falls Creek. This is a good place to fill your water bottles, but make sure you don't slip and fall in as it's a short trip to a long drop. Follow a series of switchbacks until you reach the metal railing at Yosemite Point. Off to your right, you'll see Lost Arrow, where you may catch climbers slack-lining from the rim to the top of the rock. Directly below you is Yosemite Village and off to your left is Half Dome, Glacier Point, and Clouds Rest.

You start up a crest and encounter boulders that are worth climbing around on. The trail descends into a forest of white furs and Jeffrey pines before it bottoms out in a red-fir gully. Indian Canyon Creek provides a chance to get water before you start climbing out of the canyon. Other creeks on the rim routinely dry up, especially in late July and August.

Once you pass Indian Canyon Creek, the trail begins climbing until you encounter the Lehamite Creek Trail, a trail that leads to Tioga Road. The trail continues straight ahead as it climbs, steeply at times, over a ridge and then descends to Royal Arch Creek, another seasonal creek. A series of switchbacks carries the trail to the top of Indian Ridge. At this point, Half Dome looms large in front of you and North Dome is down the hill from this junction with Porcupine Creek - North Dome Trail.

You should make the side trip to the top of North Dome to take in the views. Your other choices require you going to the left and follow the Porcupine Creek - North Dome Trail. You can follow this all the way back to Tioga Road, or you can follow the trail until the Snow Creek breaks off to the right.

Jeffrey pine, red-fir, and white fir trees are found throughout the trail.

Deer, bear, ground squirrels, and mountain quail have been seen in the area. 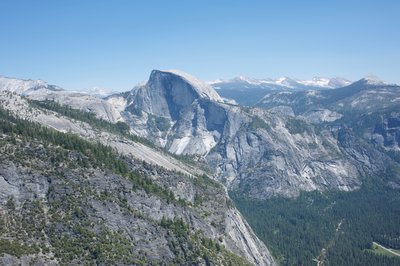 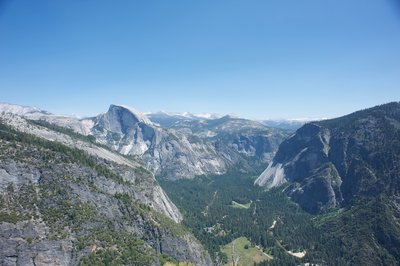 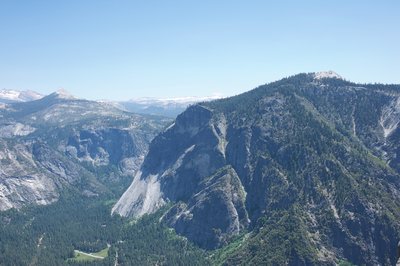 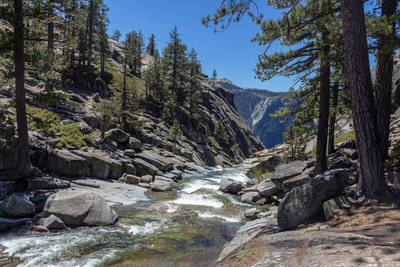 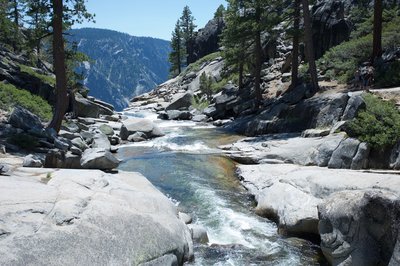 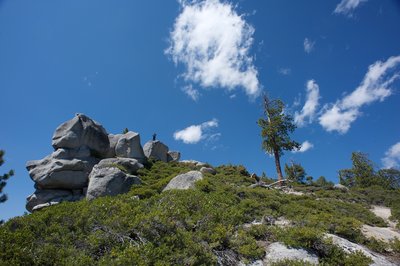