“Climb along two creek beds through a canyon to the crash site of a TWA airliner. ”

Trail should not be attempted when snow is on the ground as it will be difficult to find.

In the upper third of the trail, it can become indistinct and steep at times. One area will require you to climb a ten foot boulder to continue on. Poison oak has been reported along the trail at times, so use caution.

Soon the trail will move directly alongside the creek bed, occasionally crossing it. At some points, a second trail will parallel the creek, a bit higher up. If you choose to take the higher trail, which is a little wider and more clear of rocks and roots, keep an eye on your GPS for where the trail leaves the creek bed, as it can be difficult to spot and is not well-marked (N 35 10.886' W 106 27.594', also shown on the map). If you miss the turnoff, you'll eventually run into a dead end canyon.

After leaving the creek, the trail begins to climb more steeply, gaining most of its elevation over the remain mile and a half. After passing through a short sandy area, you'll soon join another creek bed, which you'll stay along most of the way. Watch overhead for the cables of the tramway; the crash site is almost directly beneath it.

Shortly before reaching the crash site, you'll come across a large rock formation that you'll need to climb to continue. A well-placed branch has been left there to help out.

Continue past the rocks through some dense brush for about a quarter mile to the final resting place of TWA Flight 260. The trail continues directly to the first pieces of debris; part of the fuselage near the cockpit and a large section with the number 416 on the side. Please respect the site as the location where sixteen people lost their lives and do not disturb the wreckage. 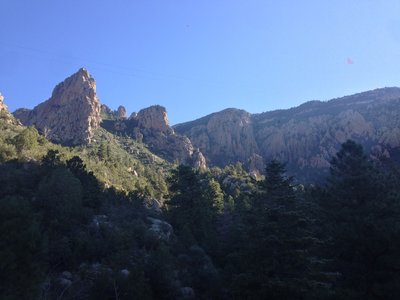 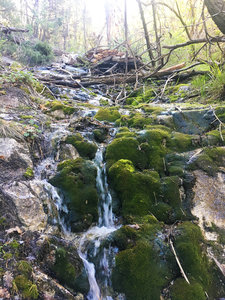 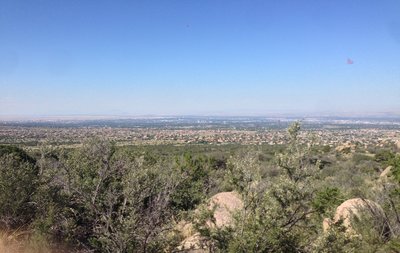 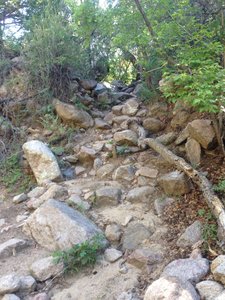 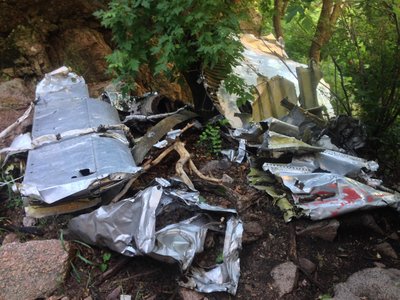 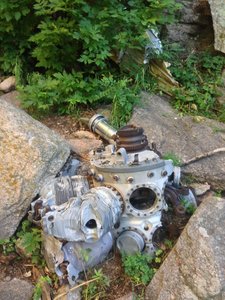