4.5 (2)
Plan with onX Backcountry
Previous Next

“A tough run with a surprising amount of climbing and a nice downhill ending. ” Run begins and ends at a paid parking lot with a $3 fee.

Like many runs on the eastern slope of the Sandia, this run is mostly wooded with several big views. Unlike most of the more well-known run on Sandia, this one takes place largely in the more remote and much less used northeast quadrant of the mountain. Apart from the trailhead at the 10K parking lot, it is common not to see another person for the entire first third to half of the run. The lower portion of the run has great views of Edgewood and Placitas while the North Crest Trail #130N portion has great views of the western slopes of the Sandias and Albuquerque.

This route has much more climbing than you would expect since it traverses the Sandia Mountain north to south as opposed to using the more common "combine" routes that head east to west. The trail can be rocky and technical at times but, depending on how strong a runner you are, it is all runable. There is no access to water except at the Crest House, which is about 9 tough miles into the run. Save a bit of energy for the final fun 2.5 mile downhill run along the Switchback Trail #271 and Challenge Trail #233.

About half-way along Peñasca Blanco, you transition from a wooded area to open scrub land. The trail is indistinct for brief period, maybe 50 yards, but if you look carefully you'll see cairns making the trail. Eventually, Peñasco Blanco Trail intersects with the North Crest Trail #130N, and you'll turn left, heading up to the crest.

Follow the North Crest Trail #130N all the way to the Crest House parking area and follow the lower parking lot across and down to the entrance of the dirt service road that many local runners know as the starting line for the Sandia Snowshoe race. Follow the service road to Kiwanis Meadow and turn left heading downhill on Switchback Trail #271.

For a good overview trail map, I use the map that goes with the book "Sandia Mountain Hiking Guide." Switchback Trail #271 and several other minor trails in that area such as Buried Cable Trail #272 are not shown on this map. However, it's hard to get lost in this area if you just continue heading downhill though these trails are wide sweeping switchbacks so you aren't literally always heading down. The worst that could happen is that you end up coming out onto the dirt service road that runs between the Ellis Trail #202 parking lot and the upper end of the ski lift. If you have followed the Switchback Trail #271 perfectly, you'll end up at the Ellis Trail #202 parking lot, which you cross, continuing downhill where you pick up the Challenge Trail #233.

If you got off track and find yourself on the dirt service road simply turn left and continue until you hit the parking lot then turn right and head downhill on Challenge Trail #233. I don't think it's possible to get more than a half mile off course. Once on the Challenge Trail #233, continue downhill, and the trail will take you directly to the 10k Trail #200 Trailhead on the south side of the Crest Road, directly across from the 10k Trail #200 parking lot.

Trees include Ponderosa Pine, Gamble Oak, Douglas Fir, and Aspen. Wildlife you might see are deer, wild turkey and Albert's squirrel. Wildlife in the area that you are unlikely to see are black bear, mountain lion and bobcat. I have a few friends who has see black bear in the Sandia, but I have not encountered one in my 15 years of running the mountain. I have seen two bobcats but both were in the lower, western Sandia Foothill. I have only had one friend see a bobcat in the Sandia Mountains along the Crest Trail.

According to the Sandia Mountain Hiking Guide, the Peñasco Blanco Trail was built in 1982 and followed an obscure trail that was used by early homesteaders for access to Osha Spring. 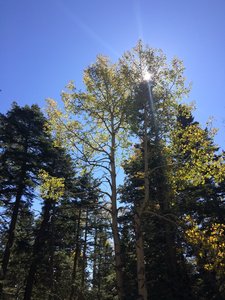 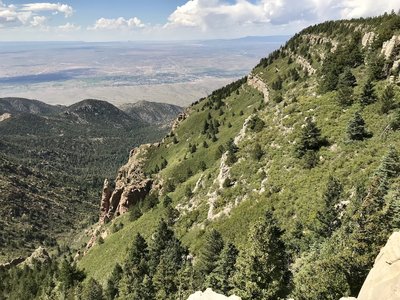 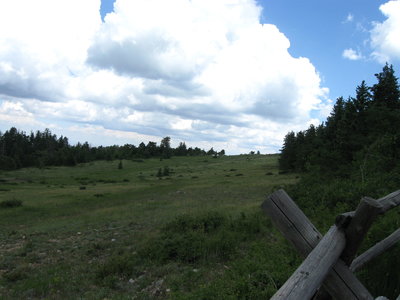 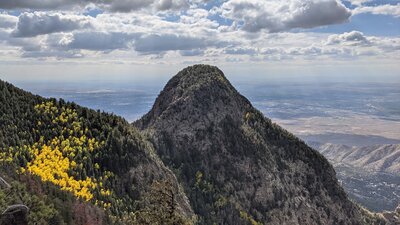 Jul 11, 2020
Jon Stoked
Many thanks to Brian for this great overview of an awesome route. I had to turn left at Osha Loop/Osha Springs cause I ran into a black bear! 9mi