“In spring & summer, enjoy a variety of wildflowers and you'll hear the calls birds all around you. ”

The Goshawk Ridge Trail is within the Eldorado Mountain Habitat Conservation Area (HCA), meaning runners must stay on trail unless they have an Off-Trail Permit. Although this trail can be accessed by multi-use trails, dogs and mountain bikes are not allowed on the Goshawk Ridge Trail. Horseback riders are allowed but must stay on trail (horse trailer parking is available at both both Doudy Draw and Flatirons Vista Trailheads).

This trail can be accessed from several points, including Flatirons Vista and Doudy Draw Trailheads. The most direct route is from the Fowler Trail access at the end of Boulder County Road 67. To get there, drive about three miles south on Eldorado Springs Drive from the intersection with Highway 93. Turn left at BCR 67 and follow the dirt road until it ends. There are only a few spots along the side of the road to park so you may need to start your run at one of the other two trailheads.

For the purpose of this cultural resources run, directions begin at the Fowler Trail access at the end of Boulder County Road 67. Through the gate, you'll see a regulation board at the beginning of the Fowler Trail. The trail, which is actually a gravel road, climbs steadily but at a moderate grade for about a mile. When you reach the intersection of the Spring Brook Loop North and Fowler Trail, turn left (south) and proceed up the Spring Brook Loop North Trail.

Continue up this trail until you reach the Denver Water Board Canal. You'll see the new bridge over the canal to your right (west). After crossing the bridge, you are officially on the Goshawk Ridge Trail! This new trail was completed in January 2009.

The trail begins to climb gently into a beautiful ecotone where Ponderosa pines and cactus coexist. This is the location of one of the boundary lines of a planned townsite that was to be called "Forest Park." In 1907, this property was platted by the Traction Land Co. and stone alignments were laid out to mark the locations of the future streets. In fact, some streets were named, although the town never materialized. The company sold the land in 1918 to nearby rancher Richard Beasley.

From here the trail continues to meander in the beautiful Ponderosa pine forest until it begins to descend into Spring Brook. The gentle descent will take you right up to the ruins of a stone dugout. There are several in the area (don't forget though, that you are not allowed to veer off-trail in this HCA without a permit). Historians know this area as "Bob's Railroad Camp" (although I haven't found a reference explaining who Bob really was - if any reader sees this and knows, could you please get in touch with me?). There are remnants of a road bed which eventually connects with the railroad, leading us to believe the site was a construction camp for the railroad bed constructed circa 1900. 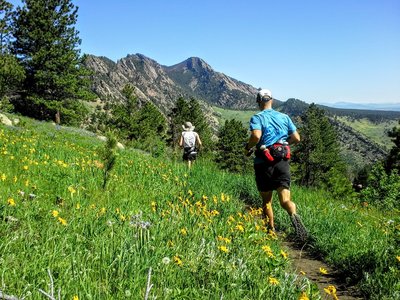 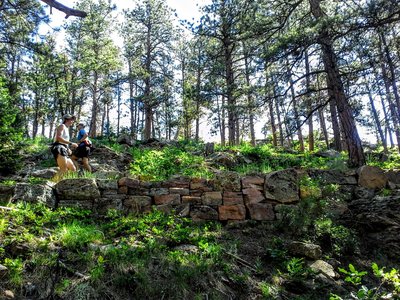 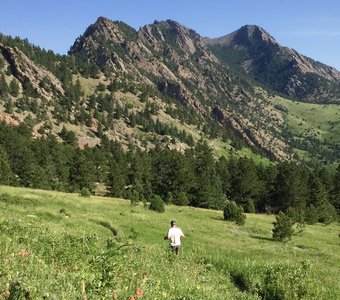 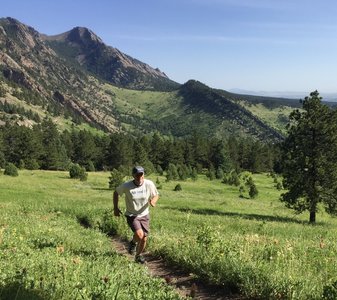 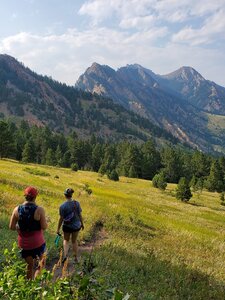 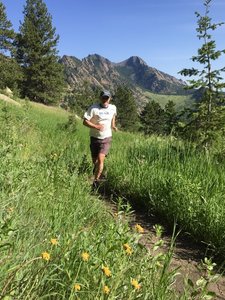