“This wide multi-use trail is steady going via an even grade, but can become monotonous. ”

Even grade, rutted from horse traffic.

Stewart Trail, a former fire road, first circles the algae-filled pond at the trailhead where waterfoul and other birds congregate. Leave the Olema Valley floor and gradually climb the hillside heading into and out of a steep valley. Pass the intersection with Greenpicker and continue to ascend around the side of the mountain, visiting other shady valleys and ridges. After a steep switchback, the trail starts heading north on its final approach to Firtop peak. This aptly-named, fir-covered, 1324 ft summit can be reached using the short Firtop Summit trail but it does not have sweeping views.

From this point, the remainder of the Stewart Trail is downhill over sunnier terrain a bit steeper than the ascent. Because of the heavy horse, traffic this wide, initially wooded trail tends to be rutted. Views improve through more open meadows as you get closer to the end of the trail. The Stewart Trail first crosses Ridge Trail, then Old Out Road, and Glen Trail, before intersecting Coast Trail - North and finally Coast Trail - South. As such, the Stewart Trail is a useful connector to reach these various trails. The Stewart Trail ends just past the Wildcat Campground at the beach next to the outlet of a stream the trail has been following. Note: bikes are allowed on this trail. 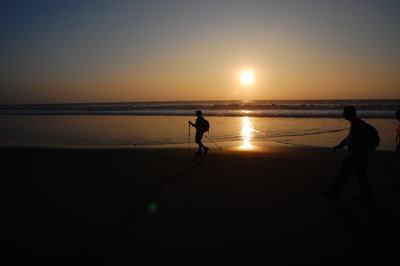 All Clear 20 days ago See History