“Remarkable trail leads to coastal scenery & many worthwhile beach attractions on this route. ”

Bikes are allowed on this trail from the trailhead (off Limantour Spit Rd.) to Coast Camp.

From its southern end walking north, you'll surmount the only really taxing part of the trail at the outset. Climb steeply around a hillside ending with the trail's high point at the junction with Coast Glen Spur trail. From here enjoy some flat travel though woods and fields before plunging steeply down an exposed ridge line towards the ocean.

After nearly reaching the edge of the cliffs overlooking Millers Point, the Coast Trail - North heads sharply inland again to meet the Bear Valley Trail. Continue on the Coast Trail to one of its highlights: Arch Rock. Take either of the signposted short spur trails (called Arch Rock here) down the narrow isthmus to the point. (keep kids away from the cliff edges here). Some adventurous visitors time their visit for very low tide and low water levels in Coast Creek so that they can climb down to the beach and shimmy through Arch Rock's tunnel.

The next section of Coast Trail - North between the Sky and Woodard Valley Trails is spectacular. It traces the coastline in and out of shallow valleys, staying above the beach on bluffs. The first spur trail (Kelham Beach) on the left next to a huge eucalyptus tree leads to the wide, tan, sand oasis of -you guessed it- Kelham Beach.

Retrace your steps back to the Coast Trail and keep heading northwest to the turnoff for Sculptured Beach. This appropriately named beach is known for its sandstone formations built by wind and ocean erosion into arches, tunnels and cliffs. Poke around in the creeks than come from inland and in the pools at waterline for starfish and other ocean life often caught on the beach here. The beach and fantastic cliffs to the south have additional rock formations and are accessible only during low tides.

Back on the Coast Trail - North, pass the junction with Woodward Valley trail and continue to wind in and out of short valleys among the grassy bluffs. Soon, the beautiful sand of Santa Maria Beach becomes visible below and the Coast Camp for backpackers appears next to Santa Maria Creek. Parallel the ocean before turning inland for the easy trek back up to civilization on wide, sunny doubletrack trail. 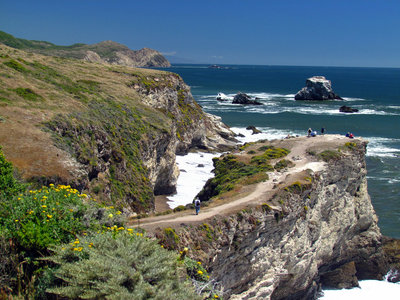 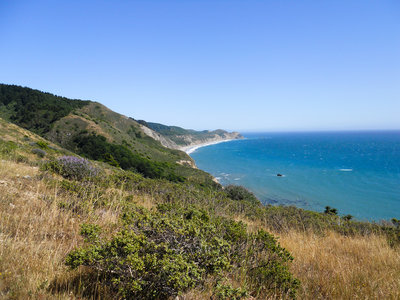 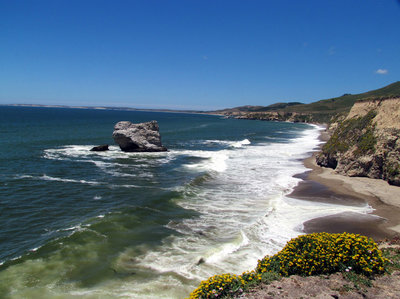 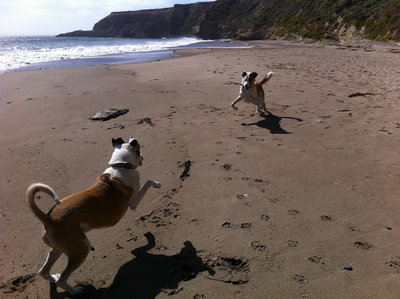 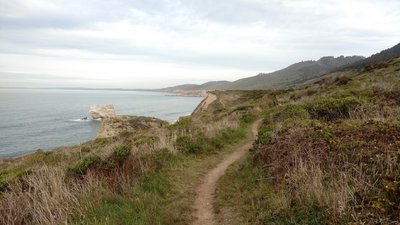 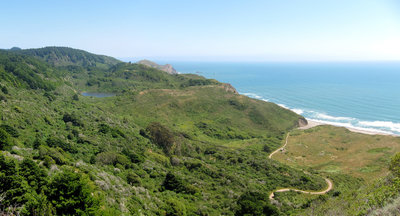 Barnabe Peak Out and Back