The point of land that the lighthouse stands upon is the windiest place on the Pacific coast, and the second foggiest place in North America - a treacherous place for ships!

The lighthouse was necessity for ship safety, and operated from 1870 to 1975. Though many are puzzled by the short stature of the structure, low fog obscured light from more typically sized lighthouse. The smaller building gave the lighthouse the ability to shine BELOW the pervasive fog, which is especially dense during the summer months.

There is visitor center here now that offers occasional tours. Hours are variable but are generally Friday-Monday 10-4:30.

This is one of the best locations to spot whales, especially in January and March, as they travel from Baja to Alaska.

More information can be found on the NPS website. 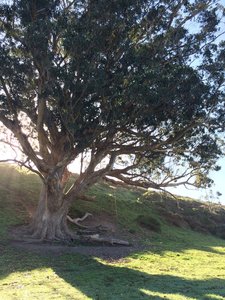 Big Swing on a Giant Eucalyptus 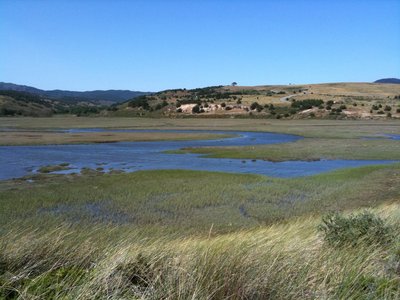