“A wide, closed road makes for an easy run that's shaded with alders and has peaceful views over the estuary. ”

There are no restrooms available at the trailhead. Parking is along the road.

Even footing on the old road surface.

Park on the side of the road and go around the gate, which has a clear footpath through the gap. The gate is meant to prevent vehicle traffic, as this trail is open to the public.

Run east along the closed road, which is wide and flat. The road is grassy in the middle and shaded by alders. It's a pleasant and easy run that is used mainly by locals running their dogs and exploring with children, sometimes on bikes. To the north is the Alder Creek Nature Preserve. Keep dogs on the leash to prevent them from disturbing wildlife in the nature preserve.

To the south is the Nehalem Bay estuary, which harbors plenty of birds and wildlife. The road is bordered by blackberry bushes in many places, which ripen in August and can be picked by anyone with the will to brave the thorns.

The road continues across a sturdy bridge with railings that crosses over a tributary creek to the bay, and there is an opportunity to turn towards the estuary and take a longer loop via Elk Run Trail, which follows the edge of the estuary. Continue past the intersection and straight on until you reach the utility station. From here you can return to the car by the same route.

You may see others coming down the road from the utility station, as the Elk Run Trail Loop connects just on the other side. This longer loop is very popular with locals. 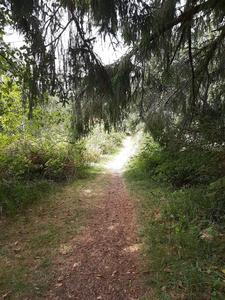 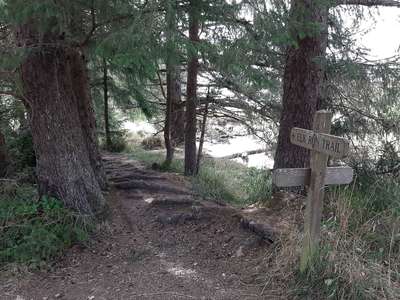 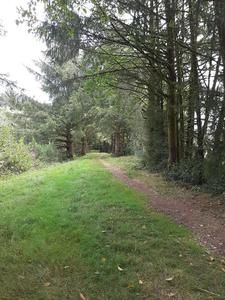 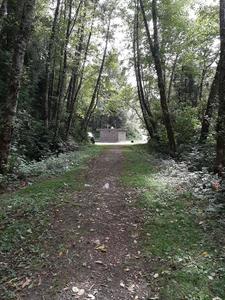 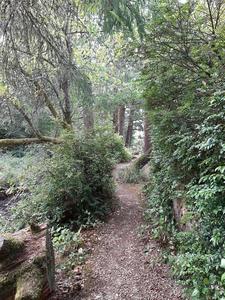 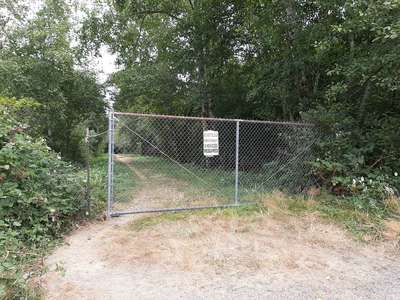