This is a trail in Addicks Reservoir that is not maintained. Please comply with Corps of Engineer's regulations by not disturbing the ground or vegetation. Refer to the "Addicks Reservoir" page for area-wide information.

Note that the Corps of Engineers may close areas to access for wildlife control operations. Look for signs at the entrances to Noack Trail and Miles Trail and please do not enter the area if marked as closed.

The central portion of this trail is wide and open, but both ends are only accessible by foot. It is best accessed via Miles Trail or Noack Trail. Since it was a road, it is mostly well drained, but there are some sections that can be impassable after rains and remain muddy for a significant time thereafter.

The western end is in the ditch east of North Eldridge Parkway. The first two-tenths of a mile more overgrown than most of the trail. About ½ mile in there is a deep hole in the roadbed that can usually be bypassed on one side or the other. This bog is between the High Berm Trace that goes south and the intersection with Noack Trail. Moving east from this point the trail is generally wide and well-drained, with a barbed wire fence on the south side. The Phillips Cutoff offers a high-ground route to the north end of Noack Trail and to North Eldridge Parkway that is less prone to high water than western Bauer Trail. The Hermann Hospital Trail to the south begins where the barbed wire fence ends.

As the trail nears Turkey Creek, it turns southeast for about 1/10 of a mile then curves southward, paralleling Turkey Creek. It crosses Miles Trail and then becomes fainter and fainter until ending at Turkey Creek.

According to US Army Corps of Engineers' records, the first mile of this road was the southern boundary of a tract of about 354 acres owned by Jerry C. Bauer and his wife. The land on the south side of the road was owned by Tim Miles et al. At the Hermann Hospital Trail intersection the trail enters land that was owned by the Herman (sic) Hospital Trust.

Deer are common. River otters and beaver have been observed along Turkey Creek. 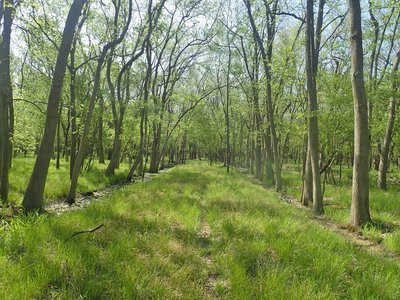 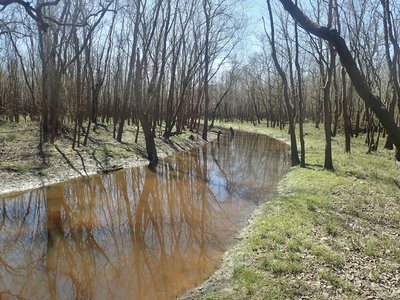 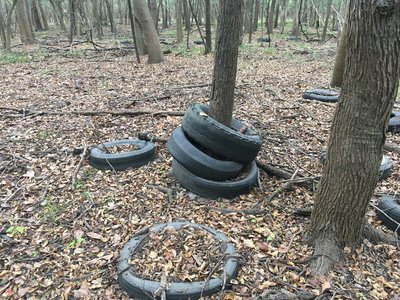 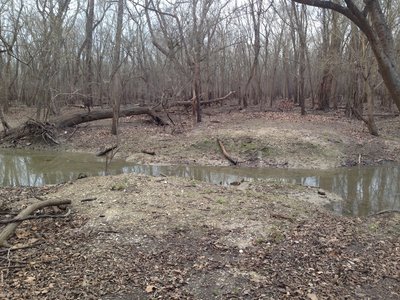 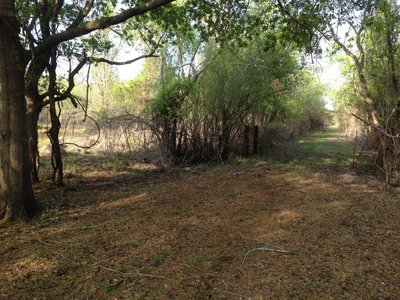 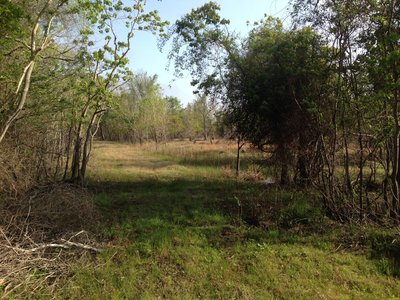