“Escape the city in this hidden gem of a natural setting with numerous labelled plant and flower collections. ”

Grounds are open 8 am - 5 pm, all year except December 25. Admission is free.

With easy access by car, bike, or Metrobus, the National Arboretum is a great way to explore a preserved greenspace with hundreds of plant species that have been cultivated and maintained in various collections and gardens. The majority of this figure-eight run is on a paved path with some connections on roads and gravel paths through the woods of Mount Hamilton. Parking can be found at numerous locations with the easiest for this run near the Bonsai/Herb Gardens and Capitol Columns.

From the parking area on Meadow Road by the Bonsai Garden, head south on the Capitol Columns Loop. This paved path heads through a beautiful open meadow up toward the Capitol Columns. Explore these towering remnants of the U.S. Capitol before continuing south around the meadow. Look for information placards along the way that provide facts about the ecology, history, and wildlife in this area. There are a few benches around the loop to sit and relax.

Near the putting greens in the northwest corner of the loop toward the junction of Azalea Road and Eagle Nest Road, look for the bike rack and bench that mark the entrance of the Hamilton Loop and the Azalea Collections heading west.

Climb up the gradual staircase on hardpack dirt and gravel through the woods with intermittent shade, bearing right at the first intersection to find the main Azalea Path through the Azalea Collection. This is a must-see in late April when the azaleas begin to bloom.

From the top of Hamilton Mountain, find the Hamilton Trail to the south which parallels Azalea Road back to the Hamilton Loop to return to the Capitol Columns Loop and the starting point.

When in doubt, refer to the Trail Run Project mobile app, head back the way you came or find a road heading east, which will link back toward the Capitol Columns Loop.

There are 22 Corinthian columns that make up the Capitol Columns constructed from Virginia sandstone. They were constructed in the 1820s as part of the east portico of the U.S. Capitol building and then removed in 1958 as part of an expansion project. 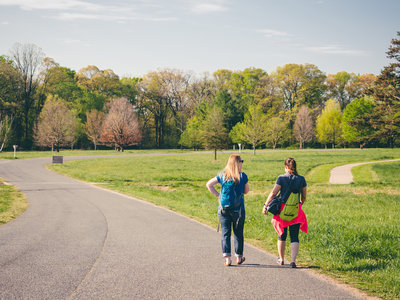 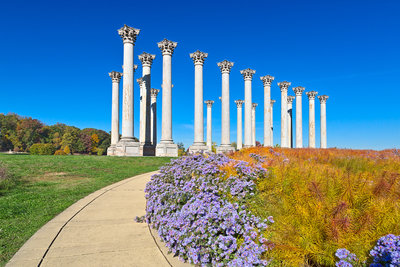 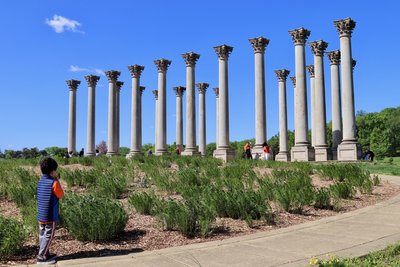 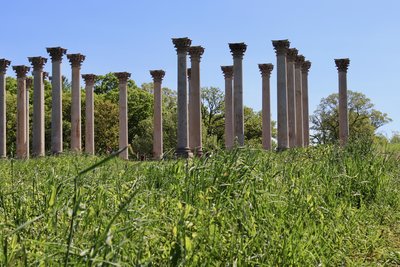 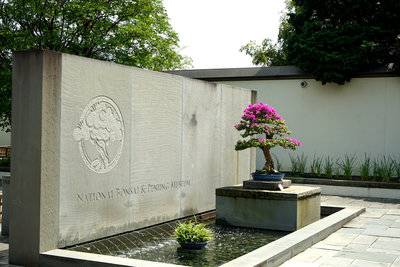 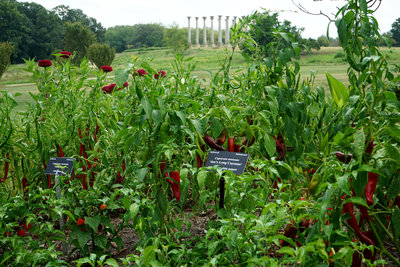