“A rewardingly scenic tour of Ward Reservation with elevation change and a mix of forested paths and open fields. ”

Open every day, year-round, 8am to sunset.

Head to the eastern boundary of Ward Reservation where the panoramic views from Boston Hill and Elephant Rock await. Depending on the time of year, you can scan across much of the Merrimack Valley, even spotting the Boston skyline to the south.

The loop starts at the main entrance parking area and heads to the popular Holt Hill summit, which is the highest point in Essex County. From here, it continues east following the blue blazes out to Boston Hill and Elephant Rock before circling back along the southeastern border and Old Prospect Road.

Free for members, $6/car for nonmembers.

This loop heads through a variety of environments found at Ward Reservation. Starting from the main parking area off Prospect Road, it heads east along the red or yellow blazes toward Holt Hill and the Solstice Stones. As the tallest point in Essex County, this is one of the best views around.

Continue east on the blue-blazed Graham Trail as it bends to the north past the #7 and #24 signs, finally ending at Old Chestnut Street near Shrub Hill. Cross the street onto the blue-blazed section of the Elephant Rock Trail beginning the half-mile climb up Boston Hill. This one-time ski hill makes for another beautiful viewpoint across Merrimack Valley.

Continuing to the south/southwest, find the Vetter Trail past sign #12 as it descends toward Old Chestnut Street again. Take a short section of the street to the south (left), looking for the eastern end of Old Prospect Road. Here, you can also continue along the blue blazes back toward Graham Trail and the Solstice Stones.

Staying with this loop, follow Old Prospect Road and the red blazes past sign #5 as it slowly climbs out of the woods toward a private residence and the main parking area.

The land was donated by Mable Ward in the memory of her deceased husband, who died in 1940. Mable and Charles Ward were responsible for installing the Solstice Stones at the summit of Holt Hill. Holt Hill is named after Nicholas Holt, whose family owned the surrounding land through the late 19th century. 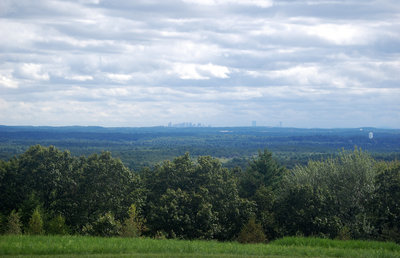 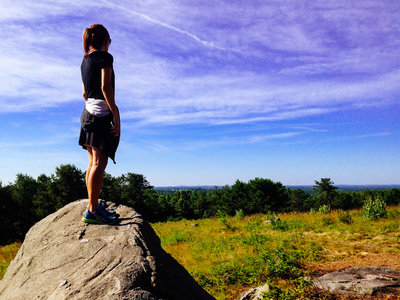 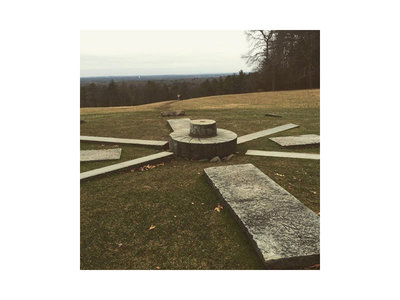 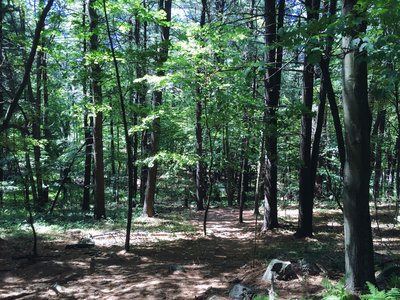 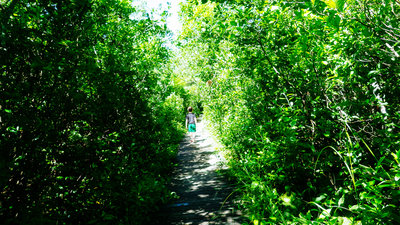