“Loop trail with some fun rock scrambles and stream crossings, and accessible via public transportation. ”

This trail combines parts of the Ramapo Dunderberg (R-D) Trail and the Triangle Trail in Harriman State Park. You can reach the trailhead from the Tuxedo Park train station (NJ Transit Pt. Jervis Line). The run features viewpoints from Parker Cabin mountain, Lake Skenonto, and Claudius Smith's Den. There's some fun rock scrambles both ascending and descending and several creek crossings. The trails intersect with several other marked trails if you'd like to add your own extension.

Restroom at the train station.

You can access the trail from the Tuxedo Park train station by running about a half a mile up a curving road to the east (be sure to give yourself enough time to complete the trail before the last train leaves); you can also park at the train station if you're driving. The trail begins with the Ramapo Dunderberg (R-D) Trail (red on white blazes) heading east and the Kakiat Trail (white blazes) joining from the south. Follow the RD trail going east. After about a mile the red trail splits, you can follow the trail either way but I went left (northeast).

After another 3/4 of a mile, shortly after crossing a shallow creek, the blue-blazed Victory Trail joins from the east, but continue on the red blazed trail heading north (it can be confusing here as the Red Trail is partially obscured by brush). Follow the Red Trail for the next 1.5 miles to the top of Parker Cabin Mountain, there are several rock scrambles and creeks along the way. There are beautiful views of Harriman State Park and Lake Skenonto to the south at the top of the mountain, so this is a good place to rest and have a meal. Continue along the Red Trail until you reach the intersection with the Triangle Trail (yellow blazed).

Continue along the Red Trail with more rock scrambles and stream crossings. After about 1.5 miles you'll reach Claudius Smith Den with a view point to the north. After another half a mile the two arms of the Red Trail will meet, continue heading west along the trail you followed in the beginning. The trail provides an interesting run with similar elevation gain in either direction. 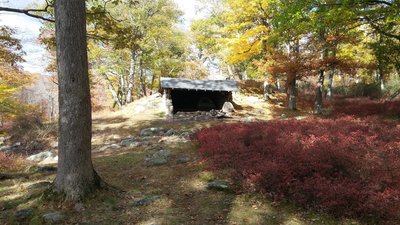 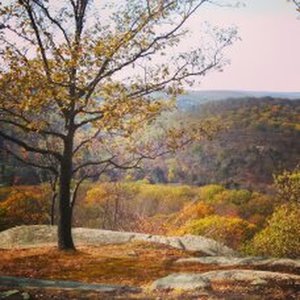 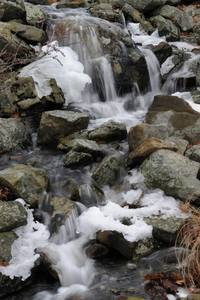 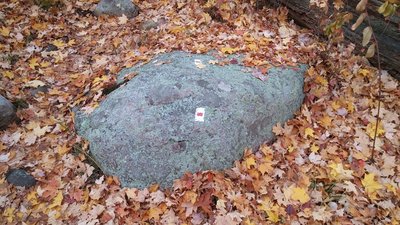 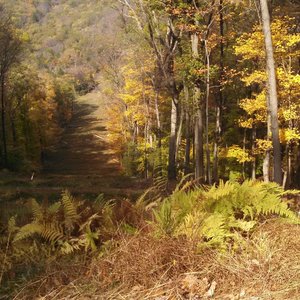 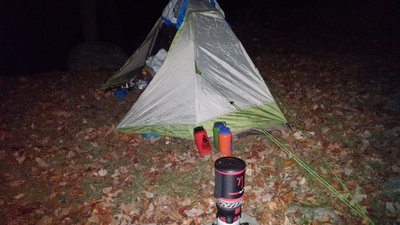