“If you enjoy a big sky, wide open spaces, and nice climbs—this trail has it all! ” A fully serviced chalet is open during ski season and snowshoe trail passes are required.

The trail surface is not good for running.

The trail is rated as difficult because there are some steep climbs involved, the trail is mostly exposed, and it is the most remote trail from the chalet and other trails. That just means is that it's wise to select a mild day without wind to do the trail. The views make it worthwhile!

There is a steep climb along D6 just to get to the intersection of E3. Turn left onto E3 and then continue to climb, and climb some more. The sky is blue and views go on forever. Life is good. Stop frequently to take it in. It doesn't take long to reach the summit. The trail stays high. Pass the turn to Snowshoe Trail D6 - Upper View. A large erratic boulder perched on the ledge is the landmark to watch for although there is also a sign and flagging tape. Try to find Lynx Trail in the distant valley to the north. The fire left the knoll without many tall trees so watch carefully for flagging tape along the way as the route is mostly wide open. The trail does take advantage of a few nice groves of trees along the way.

Nearing the half way point just as the trail takes a steep descent towards Chaulk's Connector, there are some nice stands of trembling aspen, and soon after there is an option to cut the route short by turning right onto Snowshoe Trail D6 - E3 Connector. A sign just points to D6. Cross Chaulk's Connector, follow the flagged trail through a big open area, and then into a small area of spruce before turning left. The trail then alternates between open bits and short treks through a mature spruce forest all the way to the intersection with E2 near Aspen Lookout.

It's common to see willow ptarmigan in their white plumage and you'll certainly see their tracks. The ground cover is mostly lichen and Labrador tea with alders in the damper areas although when snowshoeing you'd see none of that. Some spruce and birch have grown back after the fire and there are groves of trembling aspen. 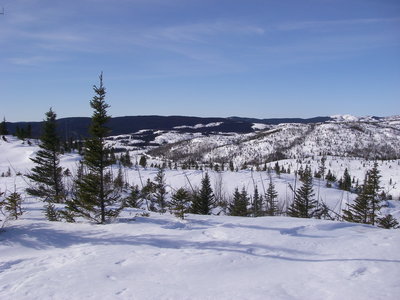 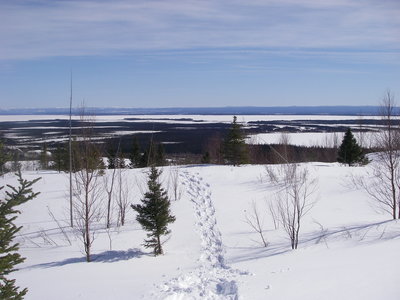 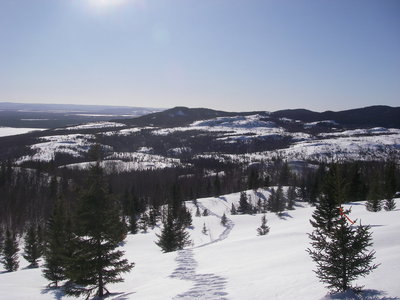 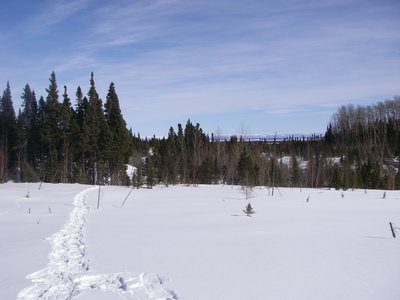 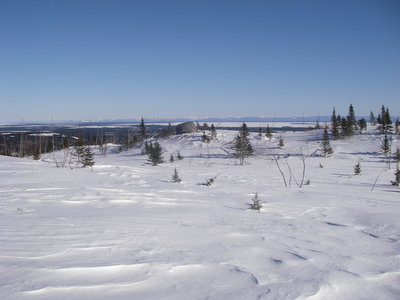 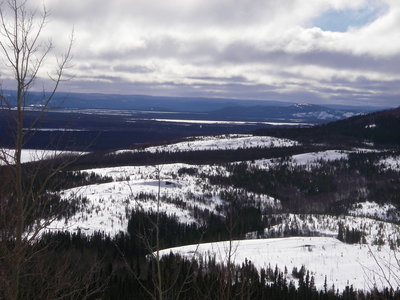