If using the Trails Illustrated Map #788 (Covington/Alleghany Highlands), note that there is a big mapping error. That map shows the trail accessed off of Virginia Rt. 42. This is wrong. The trailhead is on Rt. 600, Big River Rd, approximately 1 mile west of Goshen on Rt. 42. The map mis-marks Rt 600 as Rt 42.

Lightly used trail with trailhead near Goshen, Virginia. Trail starts at closed road on Big River Road (Va 600). It passes very near some houses before passing through a pine forest away from development. Important: shortly after leaving the pine forest, you'll pass between a cut, downed tree. The trail becomes very hard to follow after that point for a brief distance. Look to your left - the trail cuts over a small ridge and continues on the south side of the ridge. It will be out of sight if you continue traveling west towards the slope of Mill Mountain.

Nice views to the east are had after Mill Mountain is summited. Run along the ridge for a while before the trail drops off of the summit towards Ingram Draft. There are several road crossings and merges in the Draft, so be sure to follow the yellow blazes.

After Ingram Draft, the trail follows old access road to a fire tower reportedly taken down in the 1950's. Sometimes overgrown. Worth taking, however, as the best views of the entire trail are just before the fire tower. After passing the fire tower's concrete base, the trail drops in elevation. At the gap between the fire tower summit and the next summit, do not miss where the trail cuts right and skirts the next summit. There is a social trail to that summit and yellow blazes are not clear, so keep an eye out. 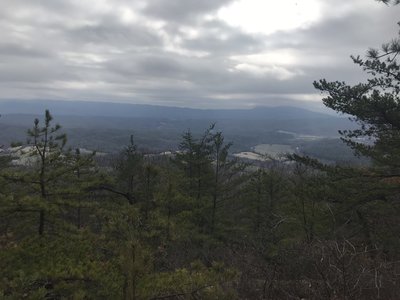 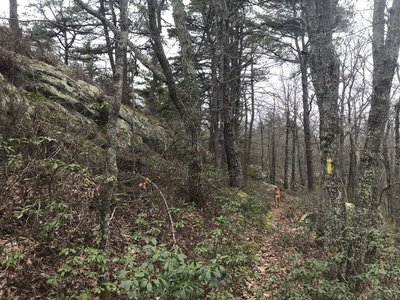 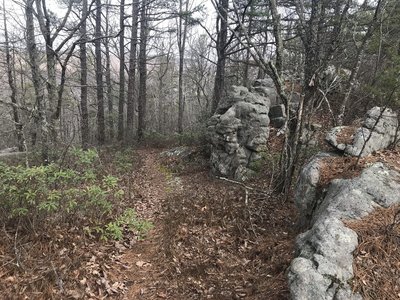