Be the first to rate! RECOMMENDED ROUTE
Previous Next

“Extending North-South just over 50 miles, this three part trail has something for everybody. ” The Shenipsit Trail is one of Connecticut's longer trail. It is a "Blue-Blazed Hiking Trail", maintained by the Connecticut Forest & Park Association. If you didn't guess, it is marked by Blue Blazes. This trail extends from Portland, CT through Stafford, CT, and is broken into three logical sections - South, Central. and North. These are described below.

The southern trail-head is just off of Gadpouch Rd in Portland, Ct. From here the trail quickly climbs up to the peak of Great Hill and continues along a ridge trail. After cresting on Bald Hill at about 4 miles in the trail starts to descend for the remainder of the southern portion. Eventually the singletrack trail is replaced by a series of unnamed dirt roads. These roads eventually lead out to a suburban neighborhood at about the 8.25 mile mark. This is the end of the southern portion of the trail, and leads to the first road transition.

Between the Southern and Central portions of the trail is a 3 mile road-walk on Dckinson Rd, Mott Hill Rd, R on Country Club Rd, R on Wassuc Rd. Cross Rt 2 on Wassuc which becomes Toll Gate Rd. Follow this to the end where the trail will begin again.

The Central portion of the trail begins near Rt 2 in Glasonbury. This portion of the trail leads over many rocky hills and over stone walls. There are portions of the trail that pop in and out of suburban areas including several road portions to relocate over highways etc. The trail crosses through Case Mountain and the Gay City State Park trail systems. The trail continues alongside several smaller bodies of water. and often parallels some beautiful creeks before emerging at the Walker Reservoir in Vernon Ct.

From here, another 4 miles of walking on roads will take you to the start of the Northern trail.

The northern portion of the trail is mostly singletrack climbing to the top of Soapstone Mountain. Here a lookout tower can provide views reaching into MA and NH. The trail descends only to climb several more peaks. This is one of the most beautiful parts of the trail dramatically mixing forest and boulders with several steep cutaways as you climb the hills. The trail eventually emerges and ends along a dirt road (Greaves) in Stafford, CT.

Road portions aside, this trail is a real pleasure mixing many stretches of easy nature-walk-like trail with portions of more strenuous climbing. It really has something for everybody. 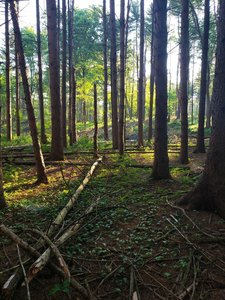 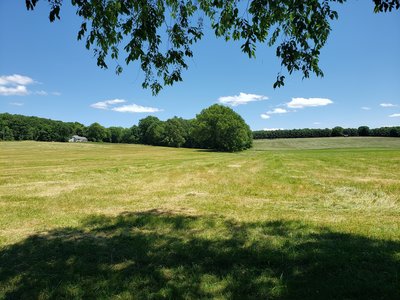