“A short but scenic run up the mountain that houses the Pacific Northwest’s premier ski resort. ”

For obvious reasons, it is probably not practical to climb this mountain during ski season.

There are a few ways to reach the summit of Mount Bachelor. But perhaps the most straightforward is the Sunrise to Summit Trail. This trail starts at the parking lot of the Sunrise Lodge at the ski area. This lot appears to be closed at the summit. But parking is available at the entrance to the lodge. You can then run in on the road. There are a couple of trails you can take that shortcut the road and go to different levels on the parking lot. If you go straight, you'll get pretty close to the beginning of the trail.

The trail starts out climbing through a lush forest. The climb here is not too steep, but is fairly steady. As you climb higher, the trees start to get smaller and thin out as you climb above 7300 feet (or so).

As you climb higher, the trail starts to become more rocky and exposed. It also gets significantly steeper as you get closer to the summit. In a few places, you feel as if you have to climb over a few rocks. But nothing too serious. There are also a few spots where the trail becomes harder to follow. But arrows have been painted on the rocks in order to help with navigation. When you have reached the top of the ski lift, you are close to the summit.

There doesn’t seem to be any designated official summit on Mount Bachelor. But it appears that the westernmost summit is the highest. Regardless, is not terribly hard to hit all of the highest points, so take some time and explore. You'll find that some are better than others in terms of the views that can be seen from each. Of course, the run down is just the reverse of the run up.

The trail starts out in a forest of fir and hemlock. As the trail climns upward, the trees thin out and become predominantly whitebark pine.

At certain times of the year, massive numbers butterflies can be found along the trail, particularly close to the summit. 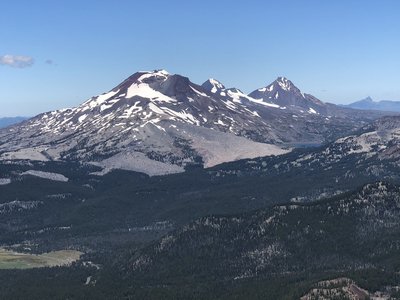 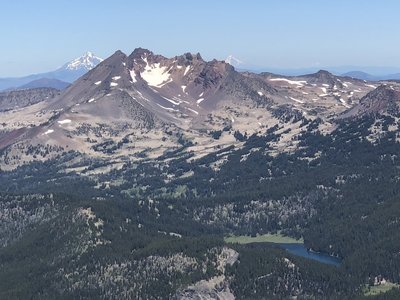 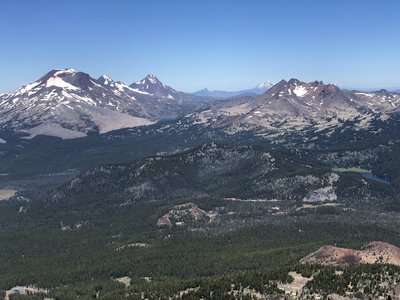 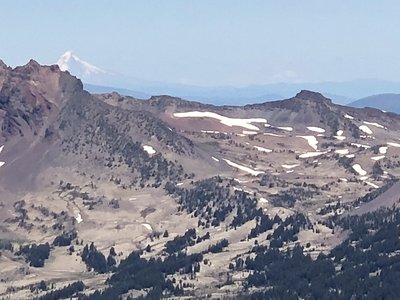 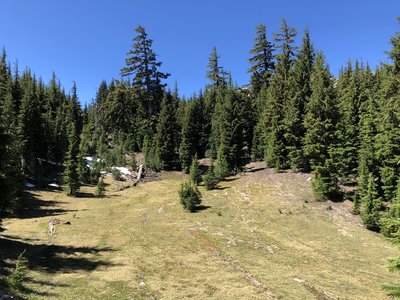 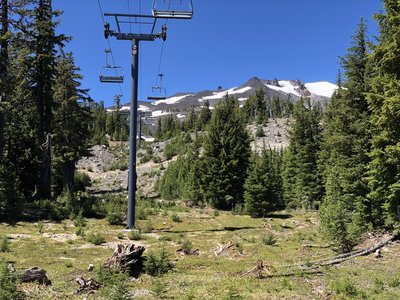 Paulina Lake Out and Back