“An easy doubletrack trail, but you’ll get your feet wet. ”

Go in the morning to beat the heat. You'll get your feet wet.

I’ve run this trail 4 times (outside of an organized marathon) and only encountered 1 other person on the trail in all the runs. You’ll likely have the trail all to yourself.

Combine with the White Loop Trail and Red Loop Trail for a 16.5 mile training run.

This trail starts 1.5 miles from the parking lot along the White Loop Trail and is marked with yellow blazes painted on trees or on poles along the trail.

To start the trail, you’ll cross a bridge over the Econlockhatchee River. However, just before the bridge, there is often standing water to cross that is as much as shin deep. That’s right...you start the trail by immediately getting your feet wet.

Past the bridge, there’s a fork in the trail to start the loop. Take the left side to go by a small camping area early in the run.

In the summer months, afternoon showers means occasional standing water on the trail. Most of the trail is grassy with sandy soil. The sand is hard packed and isn’t difficult to run on.

At a couple of points along the trail you can see the Stanton Energy Center smoke stacks. For most of the trail, though, you’ll see only trees, grassy wetlands, and blue skies.

There are a couple of tricky turns. Pay attention to double yellow blazes for turns and make sure you are headed in the correct direction after the turn by spotting yellow blazes along the trail.

This trail is almost flat. For some reason, the elevation graph shows a sharp elevation change at beginning and end, but this is inaccurate.

Expect to see an occasional deer, a rabbit or two, a hawk perhaps, and maybe even an armadillo. I’ve never seen an alligator in the river but it’s entirely possible you might see one. 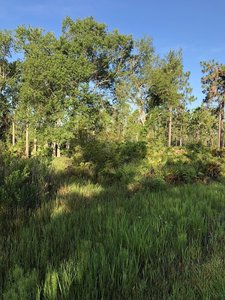 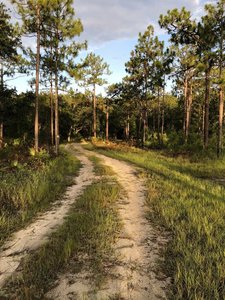 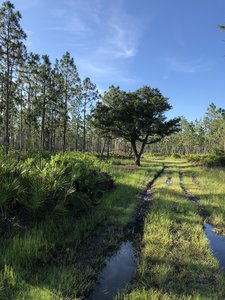 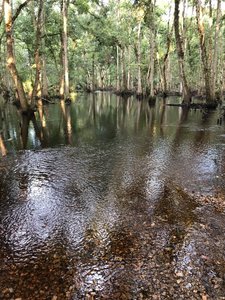 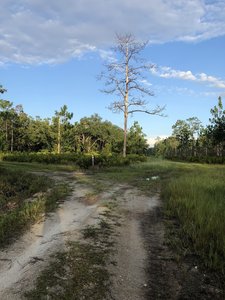 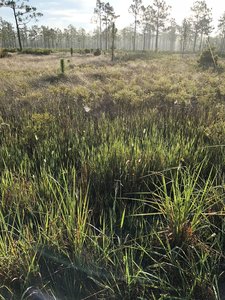