“This trail is an excellent choice as a part of a loop through the Seven Lakes Basin. ”

This trail enters the Sky Lakes Wilderness and the usual federal wilderness area regulations and restrictions apply here. Practice Leave No Trace (LNT) backcountry skills and ethics. Camp 100 feet from fragile areas, and bury human waste at least 200 feet from water, trails, and campsites. This trail is usually closed by snow between November and May.

The Middle Fork Trail #978 was within the perimeter of the 2008 Lonesome Complex Fire which dramatically changed the landscape in this area. Through the incredible work of the strong partnership between Siskiyou Mountain Club, REI, and the Rogue River-Siskiyou National Forest, 1,200 downed trees were cleared in 2016 making this trail passable once again. CAUTION: There are many dead trees (snags) still standing in the burned areas; these may fall at any time, so be careful when running this trail.

The Middle Fork Trail #978 leaves the Middle Fork Trailhead and proceeds up the Rogue River's glacially-carved Middle Fork Canyon for about a mile through the still lush forest. It then enters the area burned in 2008 and the scenery changes from a closed forest to still standing snags and open views. The tread here has been cleared of accumulated obstructions such as large fallen trees (but new ones can happen during the winter) and is relatively easy to see and follow.

At 3.3 miles from the trailhead, you reach a junction with the Halifax Trail #1088 which has also been recently rehabilitated. The #978 continues on and for the next 1.5 miles its tread can be hard to follow as it passes through the effects of the 2008 fire. The trail has been cleared of accumulated brush and obstructions such as large fallen trees, but new ones appear after every winter. The easiest way to get through this section is to look for the ends of logs that were cut to clear the trail—they're pretty easy to spot and you'll usually find a visible piece of trail near them.

At 4.7 miles from the trailhead, you leave the burned area and follow a trail that is much easier to find under the canopy of a lush forest. There are many good camping spots even though this may not be obvious from the trail. As the trail approaches the start of its climb out of the canyon, it again becomes a little hard to follow due to the low-growing groundcover. Again, look for the cut ends of logs.

Just short of 6 miles from the trailhead, the trail makes a sharp turn to the west and starts the 1,200 foot climb to the top of Gopher Ridge through a series of tight switchbacks. The tread is good but rocky in spots until halfway up the canyon, where it then switches to an excellent trail. Aside from the Middle Fork itself, there may be seasonal water sources at the bottom of the climb and around the halfway point. The Middle Fork Trail #978 ends at its junction with the Alta Lake Trail #979.

For those willing to do a little cross-country travel, it's possible to leave the #978 at about 5,800 feet and contour east to Lake Ivern and the Lake Ivern Trail #994.

Because of the 2008 fire and its aftermath, this trail has not seen much use in almost 10 years. The recent rehabilitation efforts have made it at least passable, with some effort and good navigation skills, for those wishing to enjoy a rarely seen part of the Sky Lakes Wilderness. 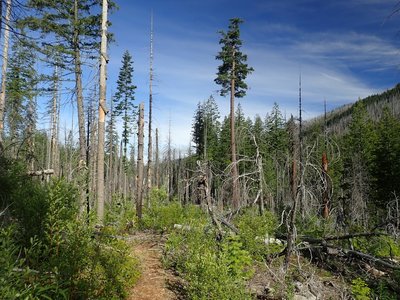 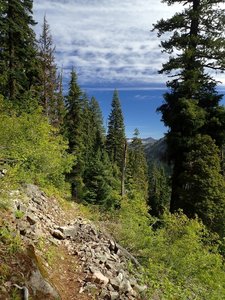 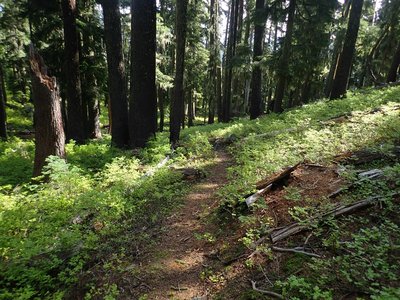 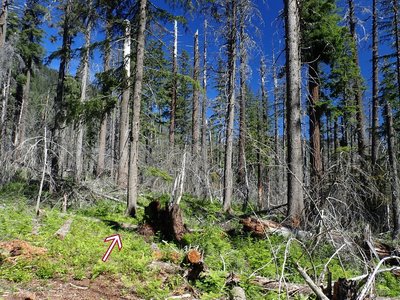 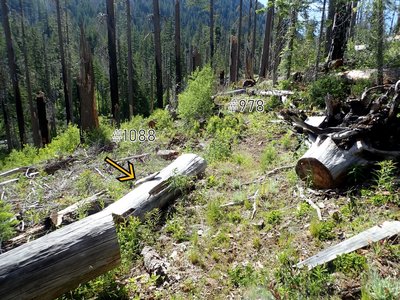