“Enjoy a tour through the lakes of Southern Oregon's Mountain Lakes Wilderness. ”

Conifer and subalpine forests, blue skies, luscious lakes, billy goat up and downhills, often stunning views, and a run through a historic wilderness are what make this a special place to visit. This loop run lets you squeeze all of that into a solid day run or, better yet, spread it out over a two-to-three day backpack.

For backpackers, there are camping opportunities at all of the lakes. Expect lots of mosquitos from early summer through the end of August.

Turn right (east) onto the #3727 (going counter-clockwise makes for a less abrupt climb on the way back) and follow it east to the edge of the rim, where you'll have a great view of Lake Harriette below. Continue on east, now away from the rim, until the trail regains the rim, crosses it, and starts a rocky, somewhat-steep descent to the shores of Lake Harriette. Echo Lake is just a short cross-country journey from here.

Continuing on, now going west, the #3727 climbs over a low divide into the upper drainage of Moss Creek, then passes some small, unnamed lakes and Lake Como, before reaching a junction with the Varney Creek Trail #3718 about 9 miles from the trailhead.

From this junction, the loop trail passes between Eb and Zeb Lakes, then makes an 800 foot climbing traverse along the slopes below Point 7703 to the rim and a junction with the Mountain Lakes Trail #3721 on the west side of Whiteface Peak. The short cross-country climb from here to the summit of Whiteface is optional but recommended if you like views.

From this junction, continue southeast on the #3727 to its junction with the Clover Creek Trail #3722, and follow that trail back to the trailhead.

The Mountain Lakes Wilderness was one of eight Oregon areas included in the original 1964 Wilderness Act. This wilderness is unique among United States wilderness areas in that it is the only one whose borders form a square, occupying a single 36-square-mile single survey township. Originally thought to have been formed by the eruption of one huge volcano (like Crater Lake), it is now believed to have been created by a cluster of four overlapping shield volcanoes (Aspen Butte being the highest at 8,208 feet). Over 20 small lakes lie along the bottoms of several large cirques carved by Ice Age glaciers near the summits of these volcanoes. 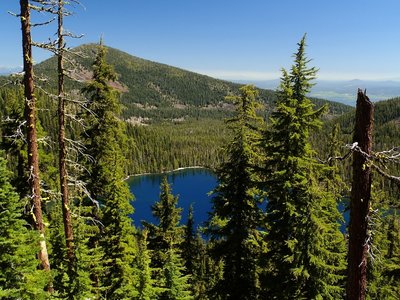 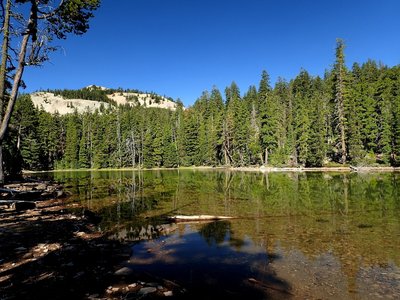 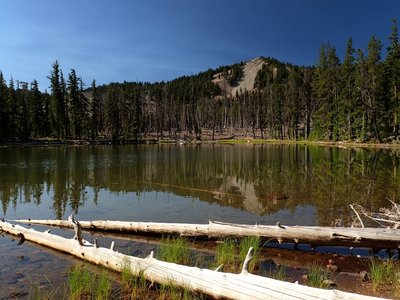 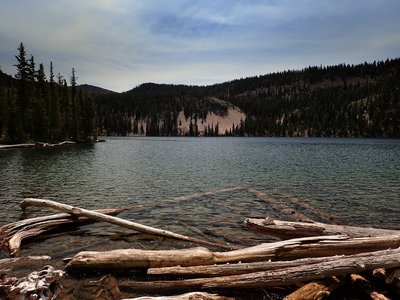 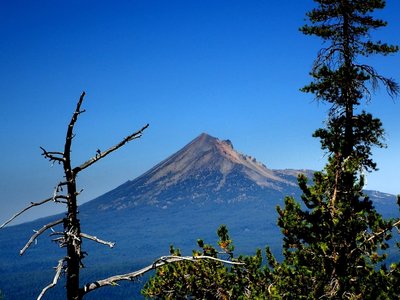 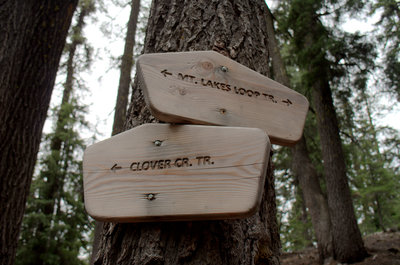