“This great loop provides a quick ascent of Mount Monadnock, and a safe descent with beautiful views. ” This great run to the peak of Mount Monadnock begins with a short direct run to the peak on the White Dot Trail, then follows a less steep path down, enjoying beautiful views on the Pumpelly Trail and Cascade Link Trail.

Leave from the Park Headquarters and run up a long, but steady first 0.8 miles of the White Dot Trail. Just after the turn off for Falcon Spring, the trail will hit a steep section of light scrambling as you climb across exposed rock face. At about 2,500 ft (1.25 mi), the trail will flatten back out for 0.3 miles before another steep portion of trail brings you to the peak of the mountain.

The top of the mountain is a great location to enjoy the 360 degree views while you eat your lunch and enjoy some people-watching.

On your way back down, you'll be following the Pumpelly Trail. The trail can be a little difficult to spot, but leaves the peak pretty much directly east (left of the trail you came from if you're looking back from the peak). Follow the trail over rocky terrain across the ridge for about 1.4 miles. You'll pass the Red Spot Trail (after 0.3 mi) and Spellman Trail (another 0.4 mi) on your right before reaching Town Line Peak (2884 ft; another 0.2 mi). 0.5 miles after Town Line Peak (for the total 1.4 mi) you'll make a hard right to join the Cascade Link Trail.

Follow the Cascade Link Trail down until it rejoins the White Dot Trail (you'll make a left back onto trail) which will take you back out to the entrance of the park.

Fire on Monadnock - By 1800, farms had spread to the base and partway up the slopes of Monadnock. The first of two intense fires to burn over the mountain occurred around 1800, and may have been accidentally caused by a campfire or brush fire gone out of control, or by a lightning strike. As legend has it, a second fire was ignited by local farmers around 1820 to drive out the wolves that had been preying on sheep in the pastures around the base of the mountain (however, some historians doubt that the fire was set deliberately, as wolves had apparently already been extirpated from the area at the time). The fires raged out of control, sweeping away the forested slopes, and even incinerating the soil's organic matter. Subsequent rains washed the residual soils down to barren rock.

Philosophers - Over the years, a number of famous writers have been included among Monadnock's devotees. These include Henry David Thoreau and Ralph Waldo Emerson. Each as a "seat" along Cliff Walk Trail. 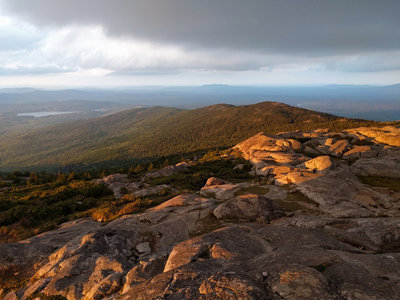 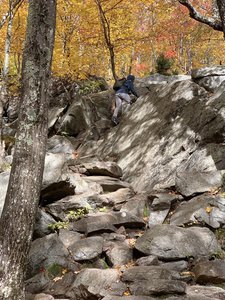 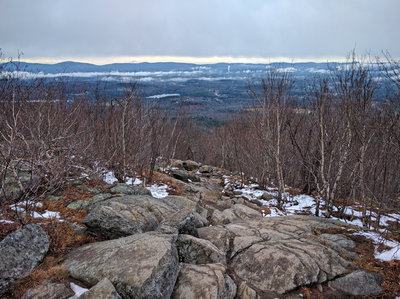 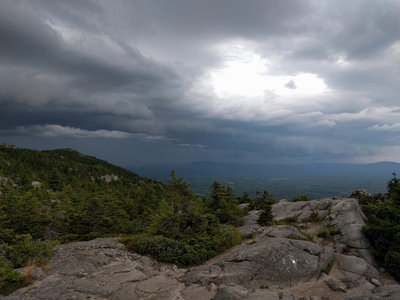 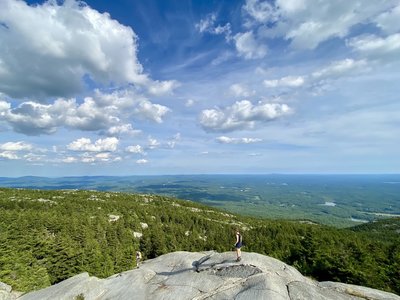 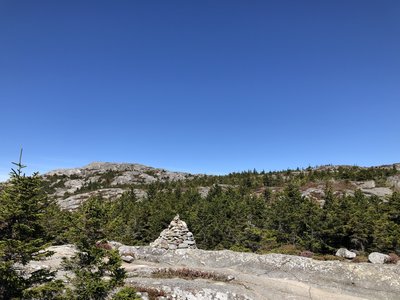